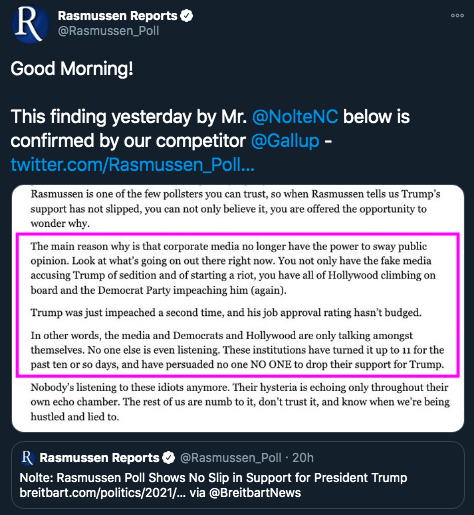 A poll released by NBC News on Sunday morning found that President Trump’s approval rating has remained relatively unchanged following deadly rioting by his supporters at the U.S. Capitol earlier this month.

The new poll found that 43 percent of voters gave Trump a positive job approval rating, a result consistent with polling as recently as just before the November election. More than half of those surveyed — 55 percent — disapproved of Trump’s performance in office, however.

THAT’S BECAUSE THEY’RE NOT SERIOUS: The House and Senate are making unforced errors in laying the groundwork for an impeachment trial. “The House’s slow process has weakened its own rhetorical framing of the need for impeachment.”