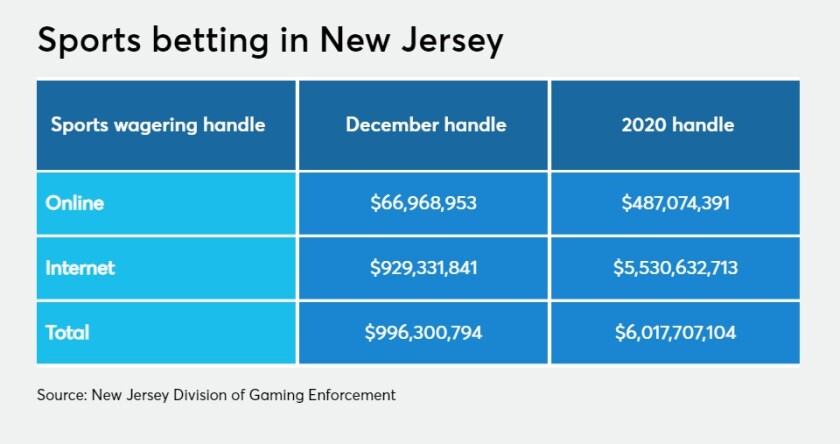 It’s one thing for Gov. Andrew Cuomo and New York’s legislature to approve online sports betting. Implementing it is another.

Cuomo has been scant on details, although in Tuesday’s budget address, he suggested the state could run it akin to the state lottery. That would appear to shut out racetracks and casinos.

Expanding sports betting beyond horse racing to marquee competitions like pro football and basketball could generate $500 million in recurring revenue annually, according to the governor.

“The second alternative is to have the people of the state of New York actually get the profits from a mobile sports betting and run it the way we run the state lottery, which is it’s state run and the state gets all the revenue. I’m with the people,” he said. “This is not a moneymaker for private interests to collect just more tax revenue. We want the actual revenue from the sports betting.”

Bickering is the norm in New York, according to Robert Boland, a law professor at Penn State University and a former player agent.

“New York is a big state with a lot of entrenched interests — racetracks, casinos, lottery — and so there’s always somebody unhappy about it,” said Robert Boland, a law professor at Penn State University and a former player agent.

Mayoral candidate and former Democratic presidential candidate Andrew Yang has even entered the fray. The entrepreneur has called for casino betting on 172-acre Governors Island, which sits about 800 yards south of Lower Manhattan and is accessible by ferry.

Such a move, said Yang, could spur New York City’s economic recovery although it would face legal obstacles and the wrath of preservationists.

Cuomo, reluctant in the past to jump full-tilt into online sports betting, endorsed it as a revenue stream in his Jan. 11 State of the State address, citing a budget deficit of up to $15 billion. He also called for lawmakers to legalize recreational use of marijuana.

An estimated 20% of sports betting handle in New Jersey, which uses a multi-operator model, comes from New York. The sportsbook at the Meadowlands complex, just eight miles from Manhattan, is ideally situated.

“The real question is, how are you going to cut through all the politics and do it and do it in an efficient and an effective way so that what’s already come to pass in so many other places in the country, including next door to New York?” said Lee Igel, a clinical professor at New York University’s Tisch Institute for Global Sport. “How are you going to get it to happen much sooner than later?”

Should it pass, bond rating agencies figure to call the move a small positive to the state’s credit. In 2018, shortly after the U.S; Supreme Court overturned the ban on sports betting in most states, Moody’s Investors Service called the ruling “a slight win” for New Jersey and casino-centric Atlantic City.

New Jersey, which battled for years to legalize sports betting, was the first state to move after the Supreme Court’s ruling in Murphy v. National Collegiate Athletic Association.

That other states would follow New Jersey’s lead was inevitable, said Jane Bokunewicz, institute coordinator at the Levenson Institute for Gaming, Hospitality and Tourism at Stockton University.

“Legalization of sports wagering in New York, especially online sports wagering, would certainly impact New Jersey,” she said. “The pent-up demand for legal sports betting in New York, and throughout the east coast, has led many New Yorkers to cross state lines for the purpose of wagering with New Jersey sportsbooks. The sportsbook at the Meadowlands has perhaps benefitted most from this phenomenon.”

At $173 million in sports betting revenue year to date in November 2020, Bokunewicz said, the Meadowlands grosses more revenue than all of the Atlantic City casinos combined. “This is an indication of the strength of the New York market.”

All told, the $3.46 billion of legal gambling recorded in New Jersey in 2020 generated $302 million of tax revenue — a nice chunk of change but not enough to change the course of a state that measures deficits in multiple billions of dollars.

New Jersey survived some initial growing pains and has developed “a secure and robust” sports betting infrastructure, she added. “Like any web-based system it will continue to evolve in response to changes in market conditions and external threats. New Jersey’s sports betting framework is among the most respected, establishing best practices for the industry.”

The use of sports arenas themselves as retail outlets is another model gathering steam.

In Washington, D.C., Ted Leonsis, who owns the professional basketball and hockey teams and the Capital One Arena, has partnered with British bookmaker William Hill. Leonsis’ holding company, Monumental Sports & Entertainment, leased space to William Hill within the arena, enabling betting activity during dead time such as Saturday mornings, when people can line up to wager on European soccer matches.

The venture also involves restaurants and bars within a two-block radius of the arena. Leonsis’ son, Zach, and tech magnate Raul Fernandez run point on esports and technology operations.

“We don’t touch the money,” Leonsis told Washington radio station WTOP. “We rent William Hill space in the building and sell them sponsorship, but in terms of what the odds are or who missed the foul shot and what does it do to the spread, we have no say in that. The organization has been inoculated totally from what is happening in the gaming and the odds.”

According to Igel, Leonsis is working from the classic management playbook: Let the people who know what they’re doing do their thing.

“That’s really what’s happening right there, Monumental Sports and Entertainment, Ted Leonsis, Raoul Fernandez, Zach Leonis, they know their business,” Igel said. “They know what they do. William Hill knows its business. Both enterprises are wildly successful and therein lies the partnership and the innovation for economic development and social impact.”

Washington sits between Maryland and Virginia, which have also charted ambitious buildouts.

Maryland voters approved sports betting by a 2-to-1 margin, setting up a scuffle among state lawmakers over how to implement it. The Virginia Lottery, meanwhile, hopes to have an operator in place by the Feb. 7 Super Bowl.

Silver: Primed & Ready for Explosive Upside
The Invisible Victims Of The Covid Lockdowns
Camping World Sees Up To 22% Earnings Growth In 2021; Approves Dividend
The bond market is betting on a red hot economy and stocks don’t like it
Nicolas Sarkozy guilty of corruption and influence peddling