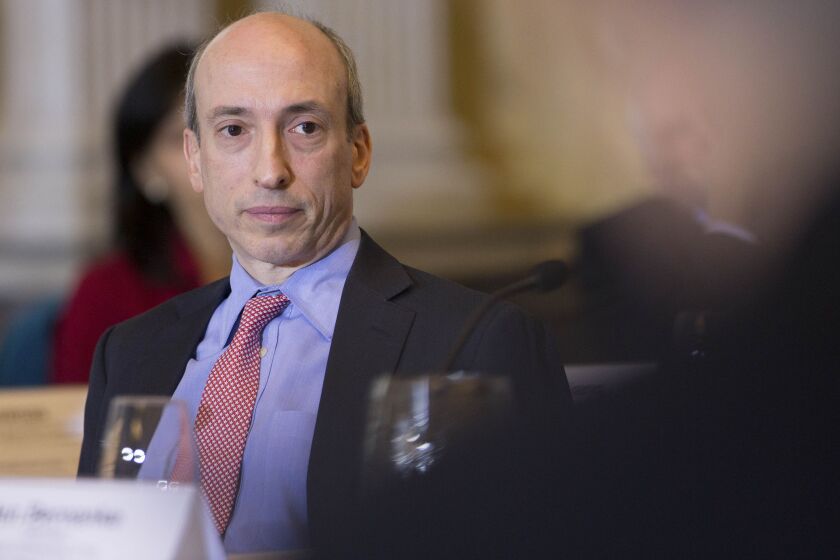 Gensler is reportedly President Joe Biden’s pick to lead the SEC and sources say his experience as an active regulator as head of the Commodities Futures Trading Commission may transfer to his new post.

“He was obviously a very active regulator,” said Rebecca Lawrence, senior counsel at Ballard Spahr. “He executed on a mandate from Congress so it wasn’t self-initiated, but he did a very comprehensive job in the swap market at the CFTC regulating swap dealers and deriving conduct standards for them and how they deal with customers.”

Gensler served as CFTC chair from 2009 to 2014 and advocated for bringing financial reform to the unregulated swaps market during the 2009 financial crisis. Then-President Barack Obama and Congress charged the CFTC with reforming the swaps market.

Part of the CFTC’s swap regulatory framework required municipalities to obtain an independent representative or adviser when entering into a swap transaction, Lawrence said.

“There were some protections built in for municipal entities into those swap rules that he implemented,” Lawrence said.

Gensler also led the CFTC when it brought charges against financial institutions for the manipulation of Libor and other benchmark interest rates. Gensler called for a replacement of Libor in 2012.

Gensler will be knowledgeable about the opaqueness of municipal pricing, a focus for the SEC. SEC commissioners have been concerned with what they believe to be a lack of transparency with regard to the trading and pricing of municipal securities, especially since they’re not actively traded.

“I would expect that he would also look into either legislative or rulemaking to see whether there can be greater transparency in the trading or pricing of the fixed income market because of his experience in various types of markets and the trading mechanisms,” Chan said.

Gensler pushed for a lot of rules at the CFTC that dealt with swaps, a type of derivative used often prior to the 2009 financial crisis. That could mean he would take a holistic approach through regulation and legislation to improve transparency, Chan said.

Gensler’s experience with Libor enforcement cases means he is expected to be very aggressive on traditional intentional fraud, Chan added.

Gensler will also have to pick the next SEC enforcement director following the departures of Stephanie Avakian late last year and acting director Marc Berger who left on Tuesday.

Gensler isn’t necessarily from the left-wing and is more of a moderate, said Chuck Samuels, counsel to the National Association of Health and Educational Facilities Finance Authorities.

“He’s got a business background for a large part of his career and most of the people coming out of the Clinton administration are considered to be moderates,” Samuels explained. “Of course, you never know someone’s stripes fully until they get to the job.”

The Senate would need to approve Gensler’s nomination.