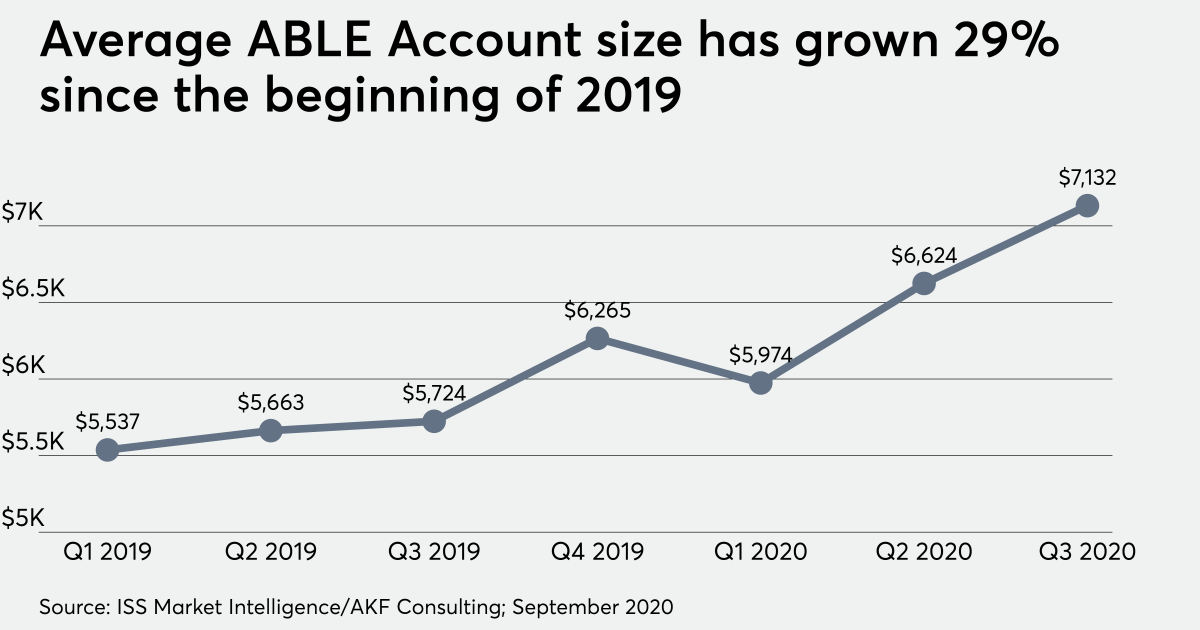 In the span of a year and a half, planning for clients with special needs turned from part of financial advisor Matthew Ricks’ business and FPA pro bono work to the focus of his newly independent practice.

Ricks left Ameriprise’s franchise channel and dropped his FINRA registration to launch fee-only Haystack Financial Planning with an emphasis on serving clients with mental or physical disabilities. In a tweet on Dec. 30, he announced the opening of his New York City-based firm. That was the month after Ricks left Ameriprise, according to FINRA BrokerCheck.

In addition to certain clients who demonstrated the complexities of special needs planning, he says monthly pro bono webinars he has led since the fall for the Center for Independence of the Disabled, New York drew him to his new practice focus. He and personal finance advocates for Americans with disabilities say advisors may sometimes overlook clients with special needs.

One in four adults in the U.S. — or 61 million people — have disabilities that affect their daily lives, according to the Centers for Disease Control and Prevention. Ricks points out that the figure goes up significantly when including people of all ages, caretakers and family members.

“It’s not a small community by any means,” Ricks says, estimating from studies he’s reviewed in preparing to start Haystack. “There are firms that focus on that community, but certainly not enough for 110 million people.”

He expects to complete certification under the The American College of Financial Services’ Chartered Special Needs Consultant designation by the end of the month. Special needs trusts, estate planning and Medicaid spend-downs represent a few of the technical areas that are important in serving this client base, according to Ricks.

ABLE accounts have reached more than $538 million in assets across 75,000 accounts since starting in 2014, according to a report last month by AKF. The accounts enable clients to get jobs and pay their day-to-day expenses more easily without jeopardizing benefits. Stipulations like a $15,000 annual contribution limit in most cases may turn away some advisors, Feirstein says.

“Fully 66% of these accounts are being used to save with what we would think of as the more long term, longer nature investments,” she says. “That’s where I think we have room to grow because I really do believe that the advisor community hasn’t even begun to tap into ABLE.”

Ricks and others serving clients with special needs could alter the trend. He launched Haystack as a member of the XY Planning Network with TD Ameritrade as the firm’s custodian. Prior to launching the firm, he spent eight years with JPMorgan Asset Management, five years with Wells Fargo Advisors and two with Ameriprise, where he managed $11 million in client assets.

Representatives for Ameriprise declined to comment on his departure from the firm.

In addition to aiding the clients receiving free advice from experienced professionals, pro bono services may prompt advisors to come up with ideas for their own practices, Ricks says.

“If they can, especially these days, volunteer and help people out,” he says, “they may go down a similar path.”

University to launch special needs planning center for underserved clients
GameStop and BlackBerry shares soar on amateur traders’ fervour
Now That Universal Basic Income Has Started, Americans Will Go Mad If The Checks Don’t Continue
Water-View Homes For $4 Million In Hong Kong, Switzerland And Uruguay
Steps to Take Before You Prepare Your Taxes