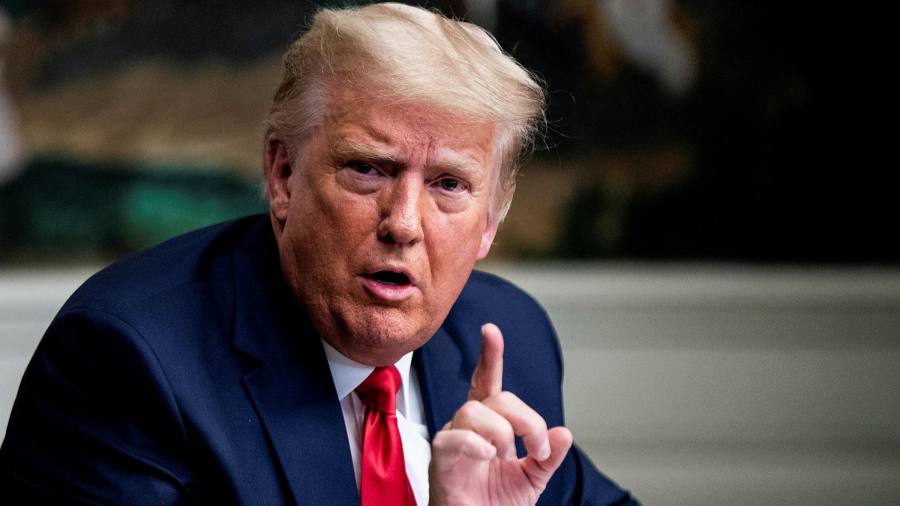 Donald Trump has promised to leave the White House if and when Joe Biden is confirmed as president — the closest he has come to conceding defeat in this month’s presidential election.

Speaking to US troops on Thursday to mark Thanksgiving, the president repeated his baseless claims about widespread fraud at this month’s election, which Mr Biden won.

But he also publicly contemplated having to leave office for the first time, even referring to “the Biden administration” in one unguarded remark.

Asked what he would do if the electoral college confirmed Mr Biden as president on December 14, Mr Trump said: “It’s going to be a very hard thing to concede. If they do they made a mistake.”

Pressed on whether he would leave the White House, he added: “Certainly I will, and you know that.”

In what appeared to be an accidental admission that he is now resigned to his defeat, Mr Trump separately said: “The Biden administration wants to get rid of ‘America First’.”

Mr Trump has been battling the results of the election for the past few weeks, launching a series of failed lawsuits and putting pressure on state officials, mostly in vain.

Under pressure from senior Republicans, the president earlier this week began the process for handing over control to a Biden administration. Mr Trump on Monday recommended that the General Services Administration, which provides resources to an incoming president’s transition team, should begin the process of doing so.

But even as he allowed his administration officials to co-operate with Mr Biden’s team, he still refused to concede the election. In the past few days he has continued to tweet false claims about electoral fraud.

Meanwhile, the process for confirming Mr Biden in office has continued. On Monday, the Michigan board of canvassers voted to certify the state’s election, which the Democratic candidate won by 150,000 votes.

Officials in Georgia are continuing a recount requested by the Trump campaign after Mr Biden was certified to have won the state by 12,670 votes. Brad Raffensperger, the state’s Republican secretary of state, has said he does not expect the exercise to change the result significantly, however.

Mr Trump on Thursday said he would head to Georgia, probably this weekend, to help the two Republican Senate candidates Kelly Loeffler and David Perdue in their run-off races, which take place in January. He added that he thought people in Georgia were “very disappointed we were robbed”.

After a historic 2020 election, stay on top of the biggest themes driving US politics, business and markets from Washington, New York and beyond with Rana Foroohar and Edward Luce. Sign up here

Rock, Paper, Scissors? What’s The Best Way You Can Learn How To Retire?
Is Caladrius Stock a Buy Right Now? This Is What You Need to Know
Biden warns Covid deaths will top 500,000 next month
3 Monster Growth Stocks That Are Ready to Run Higher
4 Steps To Find A Good Financial Adviser