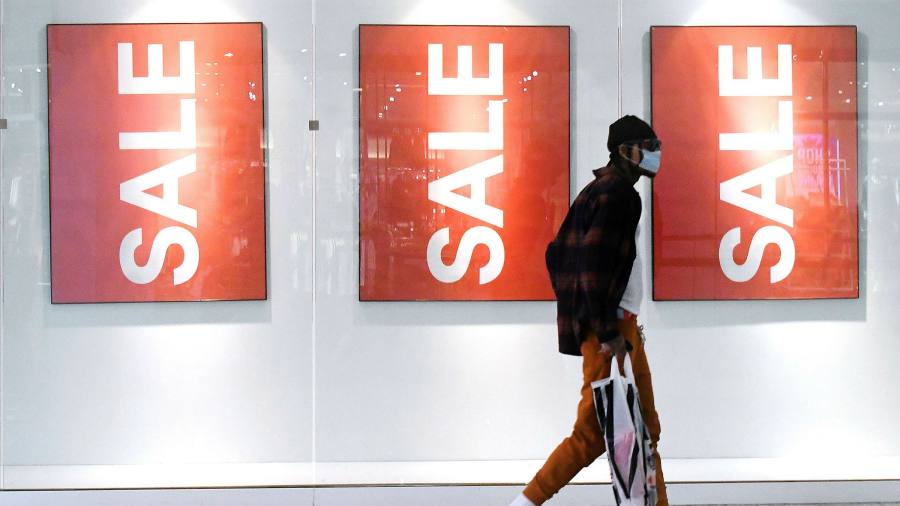 About half the usual number of shoppers visited US retailers on Black Friday — what should be one of their busiest days of the year — deepening the crisis at bricks and mortar chains already ravaged by the pandemic.

The figures, which show the decline in foot traffic accelerated from previous weeks, lay bare the scale of the challenges facing retailers that are reliant on their physical presence to drive sales. While analysts still predict overall sales to rise this holiday season thanks to a surge online, that is of little solace to department stores, clothing chains and other bricks and mortar operators hardest hit by coronavirus.

“One of the worrying things for department stores is they don’t do as well at attracting consumers online, so the fact that footfall is very suppressed is really bad news for some of these stores,” said Neil Saunders, retail managing director of GlobalData. “They’re not going to make it up online.”

Data released this weekend by RetailNext, which analyses video, and also Sensormatic Solutions, which uses movement sensors, both showed traffic levels across the country dropped about 50 per cent year-on-year. Retail watchers said older shoppers, in particular, had shunned malls over concerns they might contract Covid-19. 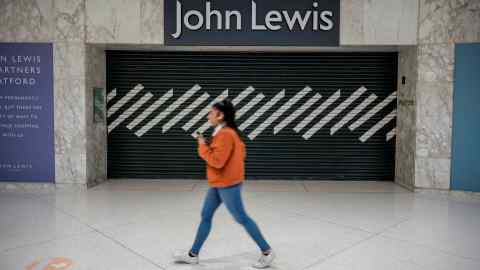 “People very much seem to have heeded warnings to avoid crowded shopping and have understood that most of these deals are also available online,” said Katherine Cullen, director of industry and consumer insights at the National Retail Federation. She added that activity was “quiet in stores but bustling online”.

A jump in ecommerce orders among those who had never shopped online before helped digital sales rise 22 per cent from a year ago to $9bn, according to figures on Saturday from Adobe. Electronics were particularly popular, with online sales of smartwatches about seven times higher than last year.

Total online spending on Black Friday was significantly lower than originally forecast — Adobe originally predicted a rise of as much as 40 per cent — but still equated to an average of $27.50 per person. Cyber Monday meanwhile was shaping up to be the biggest online shopping day in history, with estimated spending between $10.8bn and $12.7bn.

Despite a broad wariness among consumers to shop in person, Greg Maloney, chief executive of JLL’s Americas retail business, which manages more than 700 properties, said there were substantial local variations. Traffic depended in part on restrictions on movement authorities have brought in to try to contain the pandemic.

“In the areas where there’s not as strict restrictions, we’re seeing traffic that’s quite robust compared to the other states,” he said. “People are tired of being cooped up and want to get out.”

Those who did visit stores on Black Friday were more likely to buy. The conversion rate — the proportion of customers who make a purchase — increased 4 percentage points from a year ago, while the average transaction value rose 5.9 per cent, RetailNext found.

Even so, bricks and mortar revenues still dropped about 30 per cent. The data excludes groceries and stores that have closed.

The traffic decline on Black Friday compares with reductions of about 30 per cent in the second and third weeks of November, according to RetailNext. Analysts said this was partly because consumers have been able to take advantage of discounts being offered throughout the season, reducing demand on the day.

Craig Johnson, president of the Customer Growth Partners consultancy, said the day had become “like Grey Friday — a shadow of its former self”. However, he said that despite the economic uncertainty overall consumer spending had remained strong, noting long lines to pick up goods at chains including Best Buy and Apple.

In-store and kerbside collection increased 52 per cent year-over-year, according to Adobe.

JLL’s Mr Maloney predicted that shoppers would be more willing to visit bricks and mortar stores next month as they become increasingly concerned about whether online purchases would be delivered on time.

“We believe that kerbside and bricks and mortar is going to soar the closer we get to Christmas,” he said, adding that “people want to make sure they get” what they order.

Holmby Hills Estate With Scores Of Hollywood Ties Seeks $58 Million
The Most Popular Cities For Millennial Homebuyers According To LendingTree
The Wealthy Are Moving To These 5 U.S. Mountain Towns
T’S AS IF ALL THE MEDIA “INSURRECTION” HYPE IS JUST SOUND AND FURY, SIGNIFYING NOTHING:
Pro traders buy the dip as bears push Bitcoin price to the edge of $30K