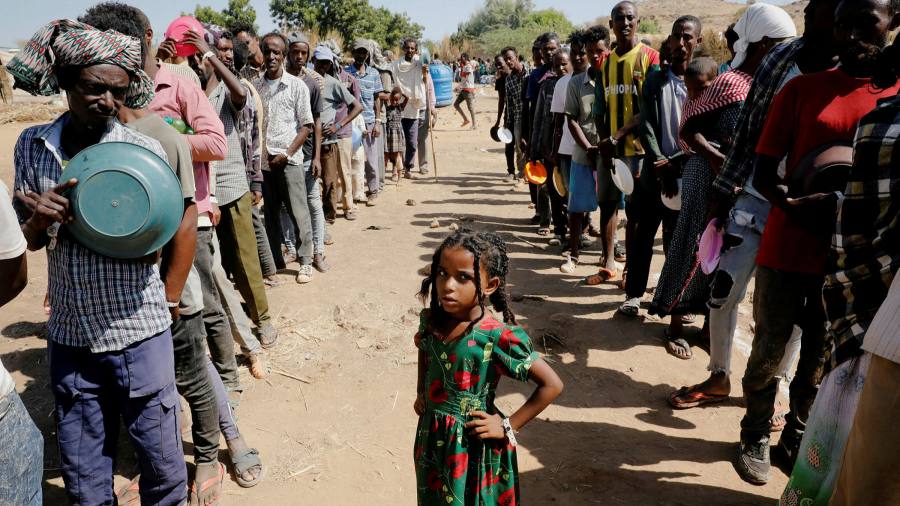 Ethiopia’s military took control of the capital of the rebel region of Tigray on Saturday, ending the “final phase” of a month-long armed conflict, prime minister Abiy Ahmed said.

Since November 3, the national government has been engaged in a military offensive against the northern region, which is led by the Tigray People’s Liberation Front, or TPLF.

Mr Abiy said the armed forces have taken over the capital Mekelle and that rebel “criminals” will be arrested and tried.

“I am pleased to share that we have completed and ceased military operations in the Tigray region,” Mr Abiy said.

“Our focus now will be on rebuilding the region and providing humanitarian assistance while federal police apprehend the TPLF clique”.

Information from the front lines has been tightly controlled after the government cut most telecommunications services, with both sides engaging in a war of words. Foreign diplomats in Addis Ababa believe hundreds, probably thousands, have died since the conflict began when the TPLF said it attacked a federal army command station in Mekelle.

Mr Abiy did not say whether there had been casualties in the military takeover of the capital. Human rights groups have expressed concern that an assault on a city of some 500,000 could lead to heavy civilian casualties. Amid growing calls for a ceasefire and concern for civilians from the international community, Mr Abiy on Friday met with emissaries from the African Union and agreed to open a “humanitarian assistance corridor”.

British foreign secretary, Dominic Raab said on Saturday that he was “very concerned about reports of fighting in Mekelle” and of rocket attacks in neighbouring Eritrea, whose government is close to Mr Abiy and an enemy of the TPLF. The US embassy in Eritrea said on Friday evening that “a loud noise, possibly an explosion” was heard in the capital Asmara.

Over 40,000 Ethiopian refugees have already fled across the border into neighbouring Sudan, with the United Nations fearing the number could double in the coming months if fighting continues. Senior Sudanese officials said that their state is ill-equipped to cope with such an influx of people.

The Ethiopian government calls the military action against the TPLF, which runs Tigray and dominated national politics until 2018, a law enforcement operation. The TPLF has been accused of massacring hundreds of civilians, although it has denied fomenting ethnic violence.

“What theTPLF clique did isn’t just a nuisance. It’s treasonous,” said Redwan Hussein, spokesman for the State of Emergency Task Force for the Tigray Crisis.

He accused the group of launching rockets, and slaughtering nearly 700 non-Tigrayan civilians.

Even with the army taking the city of Mekelle, western officials in Addis Ababa as well as Tigrayan observers warned that the national government could struggle to regain full control of the region, which is home to 5m of the country’s 110m people. “This only marks the start of another long insurgency in Tigray against Ethiopia, which will be fought not for regional autonomy, but for complete independence,” tweeted Alemayehu Weldemariam, an analyst on security and democracy in the Horn of Africa.

The TPLF led a successful guerrilla war against the Marxist Derg regime and then dominated the country’s politics for 27 years after marching on the capital in 1991. Its fighters are thought to be battle-hardened and well armed, analysts say, posing the risk of protracted guerrilla conflict in the mountainous region, even if its leadership is caught or killed. TPLF leaders have said they were “ready to die” to defend their region.