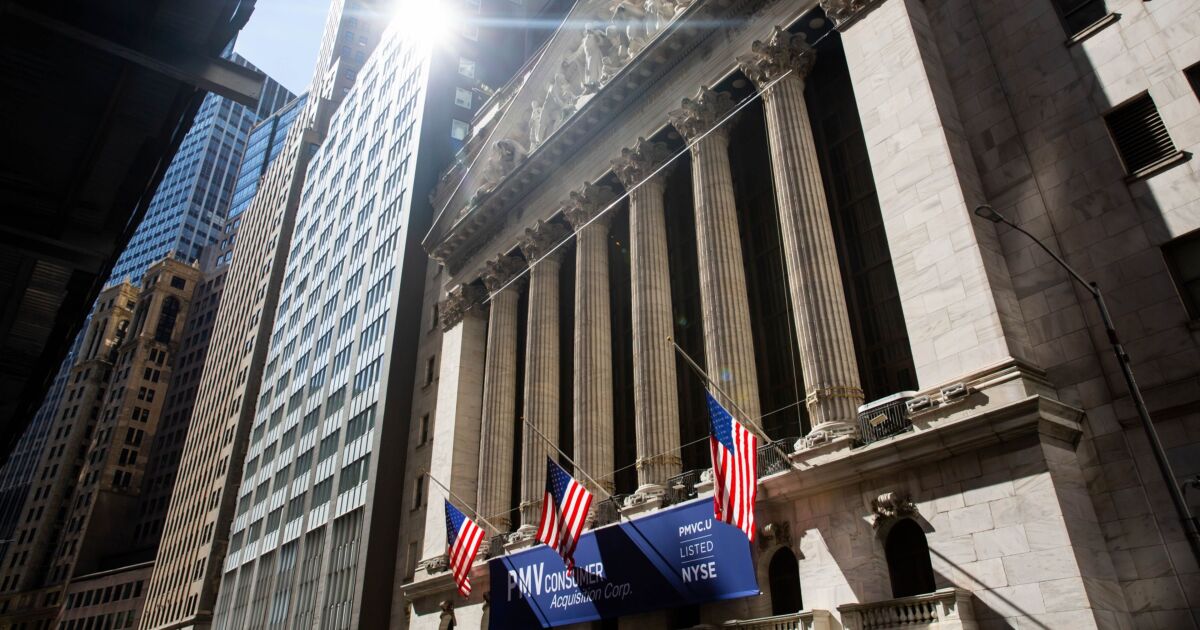 Speculation that vaccines and a possibly peaceful presidential transition are steps toward normalization in the economy ignited another rally in shares ravaged by the pandemic, pushing the Dow past 30,000 for the first time.

Boeing, a chronic drag on the 124-year-old index most of the year, surged almost 5%, while JPMorgan Chase, American Express and Chevron climbed more than 3%. Gains outside the blue-chip benchmark were even bigger: American Airlines and Carnival surged more than 8% while movie theater operator AMC Entertainment Holdings jumped 24%.

Once a laggard, the Dow and its cyclical components have shot up 13% since Halloween, putting it on track for the best month since 1987. Gains in the world’s most famous equity index mirror a profound market reordering in November, when growing optimism about an economic reopening pushed up industries like energy and banking that suffered under stay-at-home restrictions and the policies enacted to cope with them.

“Investors will continue to look through near-term noise and position for normalization next year,” said Dennis Debusschere, head of portfolio strategy at Evercore ISI. “Cyclical will continue to lead into year end, basically on the idea that people realize they are still awesome companies and everything else has moved significantly.”

The 30-member gauge climbed as much as 1.4% as of 11:22 a.m. in New York, briefly crossing the 30,000 threshold. It’s been almost four years since the Dow first crossed the 20,000 landmark. To analysts who follow charts to forecast prices, breaking above a big round number is seen as a potential sentiment boost as bulls chase momentum.

Searches for “Dow 30K” have picked up on Google trends in recent weeks as the market rally broadened. AstraZeneca on Monday became the latest firm to deliver positive vaccine data, bolstering confidence in the economic recovery.

The bounce in economically sensitive shares is helping the Dow make up ground in a market that for most of the year has been dominated by the safe, stay-at-home trade of technology companies. Extending its 2020 gain to 5%, the Dow has narrowed its performance gap to the S&P 500 to 7 percentage points.

“30,000 makes headlines, it does tend to generate interest, and interest generates money coming into the market,” said Bill Callahan, investment strategist at Schroders. “Investors and institutions and fund managers are still heavily overweight to defensive and growth sectors. There’s still a lot of money that needs to come into these cyclical sectors before the move is over. I think it’ll continue to go higher.”

Private equity’s new bet on sport: buy the league
These are the five hottest – and three coldest – markets for home prices in 2021
GFOA to release ESG best practice
Trading volume is up from 2020’s breakneck pace as retail investors jump in
Coronavirus latest: UK to help other countries spot new virus variants