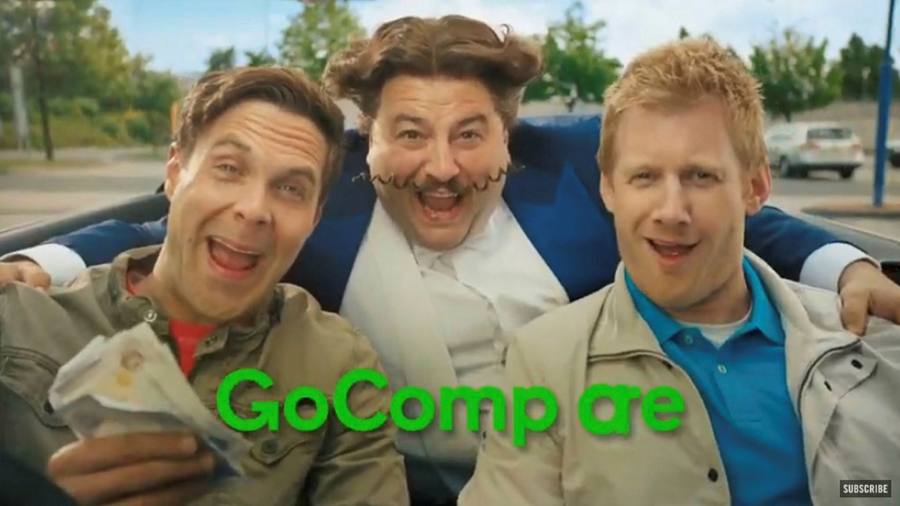 GoCo shareholders will be entitled to receive cash and shares with a value of 136p, a premium of 23.6 per cent to GoCo’s closing price on Tuesday of 110p.

Future said the deal will significantly strengthen its “proposition of seeking to address the growing consumer demand for informed and value driven purchasing decisions enabled by intent driven content.” The company called it a “truly unique opportunity to capitalise on the combination of Future’s deep audience insight with GoCo group’s expertise in price comparison”.

Separately, Future posted a 79 per cent jump in full-year adjusted profits to £93.4m following its acquisition in April of rival magazine group TI Media. Organic revenue growth for the period was 6 per cent as ecommerce and digital advertising offset event cancellations, the publisher said.

Security group G4S said it will resume dividend payments as part of its defence against a hostile takeover approach from Canadian peer Garda World. The dividend pledge was part of a second defence circular in which G4S targeted delivering revenue growth of 4 to 6 per cent per annum and generating free cash flow in excess of £1bn in the four years to 2025.

AA is to return to private equity ownership after just six years in the public markets. The roadside assistance company said it has agreed a 35p-per-share deal with Warburg Pincus and TowerBrook Capital Partners. The deal values the company’s equity at £218m.

Melrose Industries, the engineering turnround vehicle that bought GKN in 2018, said recent trading has been at the top end of the board’s expectations. The strong performance “reflected the faster than expected recovery in automotive markets, first seen over the summer, the continued strong performance in Nortek Air Management, and the more challenging, although currently stable, market conditions in aerospace,” Melrose said in a trading update.

John Laing said it will cut employee numbers by about 15 per cent as part of a strategic review set out by Ben Loomes, its new chief executive. The engineering group targets annual savings of £6m from the programme.

Five global airlines are to start offering passengers use of a digital health pass to certify they are Covid-free before travel, as the sector seeks to navigate its way out of a historic collapse in passenger demand. United Airlines, Lufthansa, Virgin Atlantic, Swiss International Air Lines and JetBlue will begin rolling out the so-called CommonPass, which is backed by the World Economic Forum, to passengers on some flights from December.

Tesla’s market value surged to over $500bn on Tuesday after a fresh wave of buying ahead of the electric carmaker’s debut on the blue-chip S&P 500 stock index next month. Tesla’s gains came amid a broad rally in global equities that propelled the Dow Jones Industrial Average to 30,000 for the first time. Tesla’s sheer size means the normally pedestrian index rebalancing process has become more complicated as December 18 looms, the final trading day before the electric carmaker formally joins the S&P 500.

Bertelsmann is in pole position to buy Simon & Schuster, outbidding Rupert Murdoch’s News Corp to strengthen its position as the world’s biggest books publisher. The German owner of Penguin Random House was the highest bidder in a fiercely fought auction for the ViacomCBS publishing arm, which fetched a price far in excess of initial estimates. Two people familiar with the process said Bertelsmann offered more than $2bn.

Martin Wolf
Covid-19 has demonstrated a social and economic vulnerability far greater than experts imagined. It is important to understand why and learn how to manage the impact of such diseases better in future.

Lombard
This time it might be different for IQE. The Cardiff-based maker of compound semiconductor chips used in 3D sensing has a record of patchy earnings and multiple cash calls but facial recognition is an iPhone reality, smartphones are 5G ready and machines are now learning.

Thanks for reading. Feel free to forward this email to friends and colleagues, who can sign-up here.