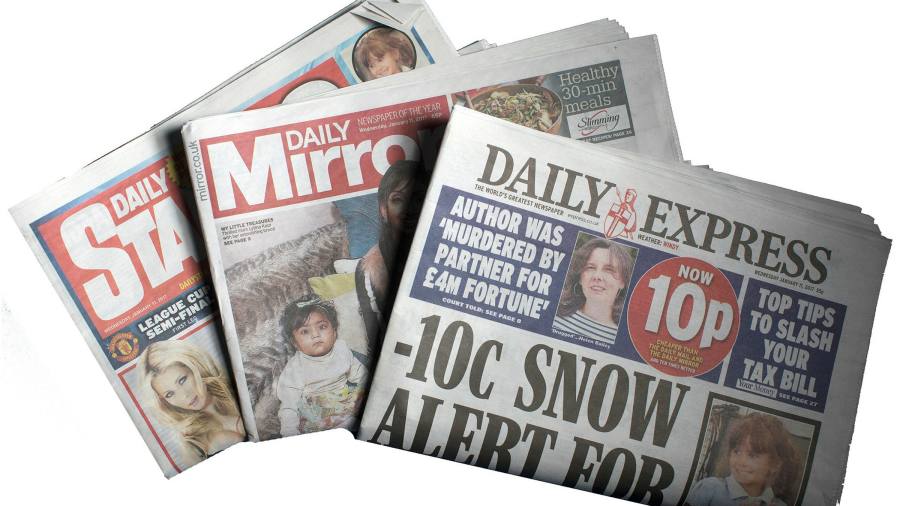 Reach, the UK’s biggest national and regional news publisher, has been one of the market’s recent winners with its shares surging more than 200 per cent from record lows in August. A trading update helps explain why, with the company showing progress swapping weaker newspaper sales for digital advertising.

The publisher of titles including the Daily Mirror and the Daily Express said in a trading update that overall group performance has exceeded market expectations. Circulation has remained resilient in spite of the recent lockdowns, with a decline in print revenue of 19.6 per cent in the five months to November contributing to a revenue decline of 13.9 per cent at group level. Digital revenue growth was 16.2 per cent for the period, Reach said.

Jim Mullen, chief executive officer, said: “while we remain mindful of potential impacts from the current lockdowns, we approach the end of the year with a strong and growing digital business, resilient print circulation sales, and a new, efficient operating model”.

Outsourcing group Capita said it had entered into exclusive talks with private equity group Montagu over the potential sale of its Education Software Solutions business. Capita had said in June that it planned to sell ESS, which analysts expect to fetch upwards of £500m.

Royal Mail could end Saturday deliveries without a detrimental effect to the public and small businesses, Ofcom said. A report from Britain’s media watchdog found that reducing the letters service to five days a week would potentially allow Royal Mail to make net cost savings of £125m-£225m per year by 2022-23, while still meeting the needs of 97 per cent of customers, down from 98 per cent under the current set up. Any change to Royal Mail’s universal service obligation, requiring it to deliver letters nationwide six days a week at a flat price, would require an act of parliament.

The UK is to create a new tech regulator to try to hold huge online platforms such as Google, Facebook and Amazon in check against their smaller rivals. The Department of Digital, Culture, Media and Sport said a “Digital Markets Unit” would be launched next April inside the UK’s existing competition watchdog, the Competition and Markets Authority. Tech giants will have a “strategic market status” and have to comply with a code of conduct that will be introduced through legislation.

JD Wetherspoon said in response to new lockdown rules for England that 366 of its pubs will remain closed.

Oil explorer Cairn Energy has named Nicoletta Giadrossi as its chair with effect from the start of 2021. She will succeed Ian Tyler, who announced in May this year that he would retire from the board after a six year stint as chairman. Ms Giadrossi, a Cairn non-executive director, is a former boss of General Electric’s oil and gas downstream division.

Spanish banks BBVA and Sabadell have given up merger talks that they had confirmed less than two weeks ago because of disagreements over the pricing of the deal. Sabadell has a market capitalisation of €2.3bn compared with BBVA’s €24.5bn. Together, BBVA and Sabadell would have accounted for about 20-25 per cent of the domestic market’s loans, deposits and mutual funds.

3G Capital, the Brazilian-US investment group behind Kraft Heinz and Burger King, is to delay its next megadeal and hold on to investors’ money for longer amid coronavirus uncertainty and sky-high valuations. The company, which invests alongside Warren Buffett, has been on the hunt for a deal ever since it failed to orchestrate the $143bn takeover of Unilever in 2017. It tried to buy the lifts business of Thyssenkrupp in February but was beaten by a rival bid from private equity groups Advent and Cinven.

The long-awaited Facebook-led digital currency Libra is preparing to launch as early as January, according to three people involved in the initiative, but in an even more limited format than its already downgraded vision. The 27-strong Libra Association is first planning to launch a single coin backed one-for-one by the dollar. Other planned currencies and a “digital composite” coin would be rolled out at a later point.

Delta Air Lines and Alitalia are to launch “quarantine free” flights from the US to Italy, opening up the first such route linking the US and Europe since travel restrictions were introduced during the pandemic. The US airline said that from next month passengers travelling on select flights from Atlanta to Rome would not have to self-isolate if they test negative for Covid-19 three times. Travellers will be asked to take a gold-standard PCR test 72 hours before departure, and then rapid tests at the airport in Atlanta before boarding and again on arrival in Italy.

Lombard
After 25 years at the FT our Lombard columnist Kate Burgess is saying farewell to the City, where she started her career as a wannabe brewery analyst in 1987. In her valedictory column she reflects on culture change in the Square Mile, the threat of Brexit and punishment lunches with disgruntled CEOs.

Lex
Balance sheet repair is once again to the fore at Aviva. Amanda Blanc, who took over in the summer, is aiming for a sharper focus on core UK, Irish and Canadian markets and to turn Aviva into a stable generator of income that appeals to public market investors.

Thanks for reading. Feel free to forward this email to friends and colleagues, who can sign-up here.