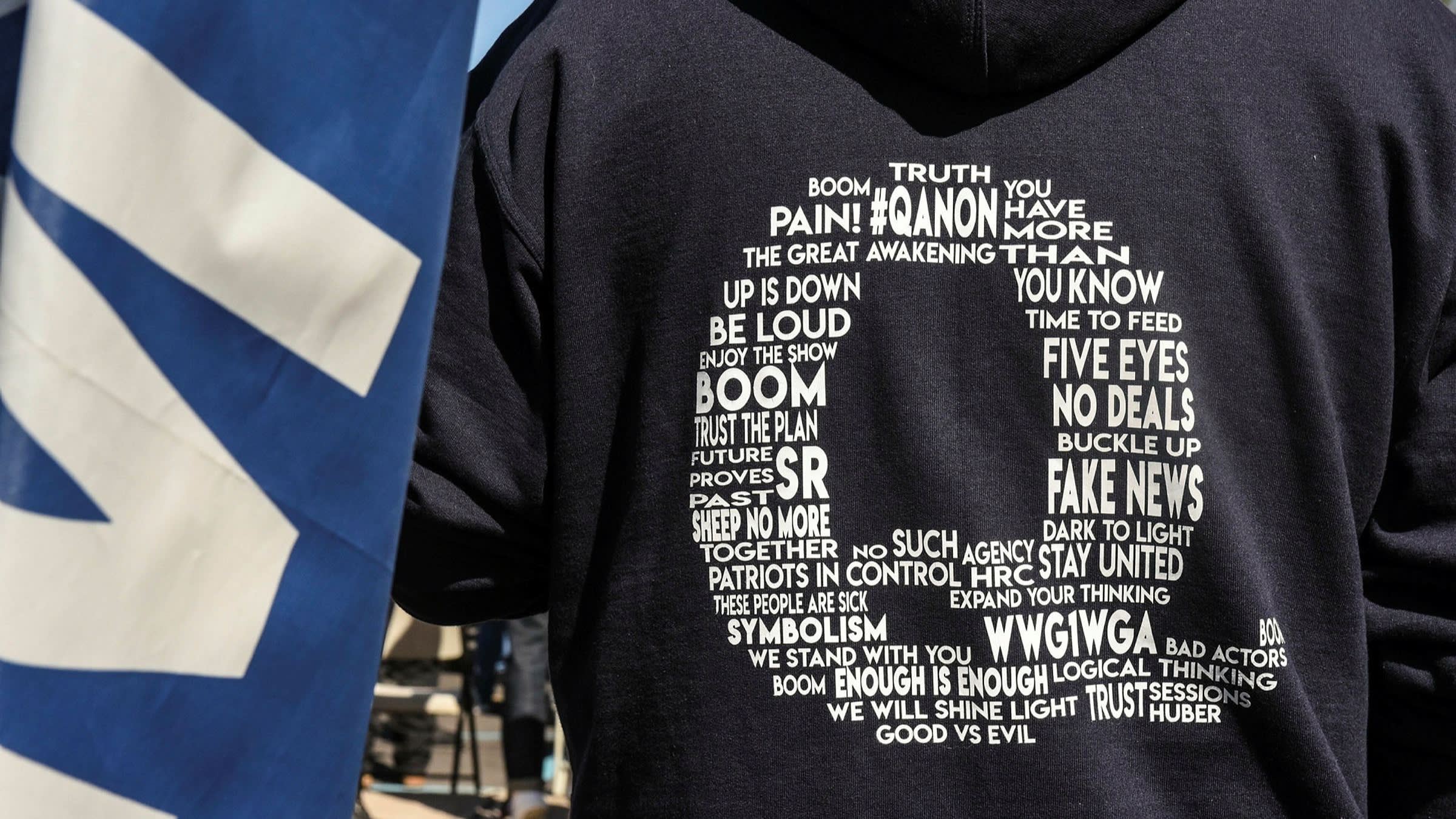 A couple of months ago we asked if Qanon, the online conspiracy that claims Trump is saving the world from corrupt pedophiles, is actually a LARP (i.e. a live-action role-playing game). The whole structure of the conspiracy, especially its puzzle-solving elements, seemed to us to emulate the constructs of a purposefully planned alternative reality game.

It wasn’t long before we were put in touch with a number of voices who seemed to corroborate the theory.

It’s a strange story. One that features a multitude of actors, many with varying or not-always clearcut agendas.

Here’s a short video we made about our findings so far:

The rabbit hole behind the rabbit hole points the finger at a small group of online Youtubers and social-media amplifier networks. But it also links into strange cults, well established online ARGs like Cicada 3301, with seeming support from a network of former intelligence operators.

As it stands, it looks very much like Q drops are authored not by a single person but a team.

But there is also a problem.

In a nod to the famous search for Satoshi, definitive proofs are lacking. The entire network operates around the construct of plausible deniability. And some of the most-likely candidates still deny involvement. Thomas Schoenberger, who goes online by the name of St Germain — and who is referenced in our film as one of the most likely orchestrators — provided us with the following statement:

Schoenberger bluntly denies the claims that he is Q and says he is being framed by other online personalities, including former disgruntled associates. Schoenberger states he has nothing to do with the crazy IAM movement either and finds it “silly”. Schoenberger says his only commonality with Count St Germain is that he is a composer and historian,as was St Germain Schoenberger’s youtube Channel “Sophia Musik” feature Schoenberger’s original music. When asked about his role in the creation of Cicada 3301,Schoenberger declined comment.

Youtuber Defango, whose real-name is Manuel Chavez, meanwhile, continues to claim that he invented the game in a Coleen Rooney-style sting operation to smoke out how disinformation spreads across the alternative media space.

Yes, we figured if we put out known disinformation we could track it across the platforms to identify sources of disinformation. I believe IIA is what the military calls it and we just took it public. Basically all of the methods and systems used within qanon are just direct copies of weapons grade psychological warfare tools embedded into a puzzle. I mean who gets their information from a shady guy posting on a pedofile board? I wanted to get 4chan and 8chan shutdown completely, we have been only half successful. We have been able to out so many liars and larpers since Qanon hit. Even some of the biggest disinformation artists like David Wilcox. So many so called bastions of truth just wiped off the board if you’re looking at the right angle.

As we learned from covering crypto, nothing is ever what it seems in these worlds.

But the idea that Qanon is less of a conspiracy and more of a weapons-grade psychological warfare tool that takes advantage of pre-existing networks or forges new ones in a bid to amplify propaganda across the internet isn’t entirely far-fetched. The problem is, if that’s really what it is, it appears to have gone open access. And that means, like bitcoin, it can be tapped into and replicated by anyone.

In bitcoin’s case having the first mover advantage mattered. We can only sit back and watch to see if that’s the case with Qanon.

Additional material from the interviews we did with ARG pioneer Jim Stewartson, former CIA operative John Sipher and cult expert Steve Hassan will be available shortly on the FT Alphaville Youtube channel.