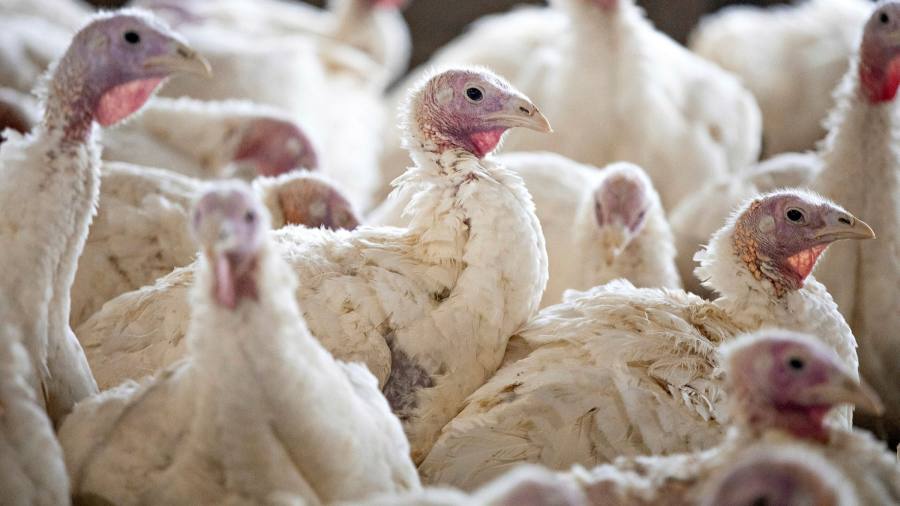 If you are American and the enforced jollity of Thanksgiving makes you anxious, think how the turkeys must feel. This year brings them a respite. The pandemic is dragging into autumn, which means sales of gobblers look set to fall.

Turkey is still the centrepiece of most Thanksgiving meals in the US. About 46m of them are consumed around the November holiday. But travel restrictions and social distancing mean family gatherings will often be smaller this November.

Nearly three-quarters of Americans said they planned to limit the size of get-togethers this holiday season, according to data from pollster Morning Consult. A separate survey conducted by the big turkey producer Butterball showed 30 per cent of those interviewed planned to host only immediate family this year, up from 18 per cent last year.

That looks bad for turkey sales. Cooking a giant bird makes less sense when there are fewer people around the dining table.

Butterball thinks more smaller gatherings would actually boost demand for turkeys. People will still want to celebrate Thanksgiving, it said. But the business is surely clutching at straws — or perhaps more appositely, grasping at feathers. Its other big market is sliced turkey. This has been badly hurt by the shuttering of sandwich shops, cafeterias and sporting venues.

That said, annual consumption of turkey has nearly doubled since the 1970s. Last year, 5.3bn pounds of turkey were consumed in the US, about 16 pounds per person. Prices have held up lately. Lower production offset lower demand. Weekly average spot prices for wholesale frozen hens and “toms”, as male birds are called, are both up a fifth from last year’s average, according to USDA data. Any disruption to Americans’ turkey eating tradition this year should prove temporary. That waddling sphere at your local farm is still living on borrowed time.

If you are a subscriber and would like to receive alerts when Lex articles are published, just click the button “Add to myFT”, which appears at the top of this page above the headline.