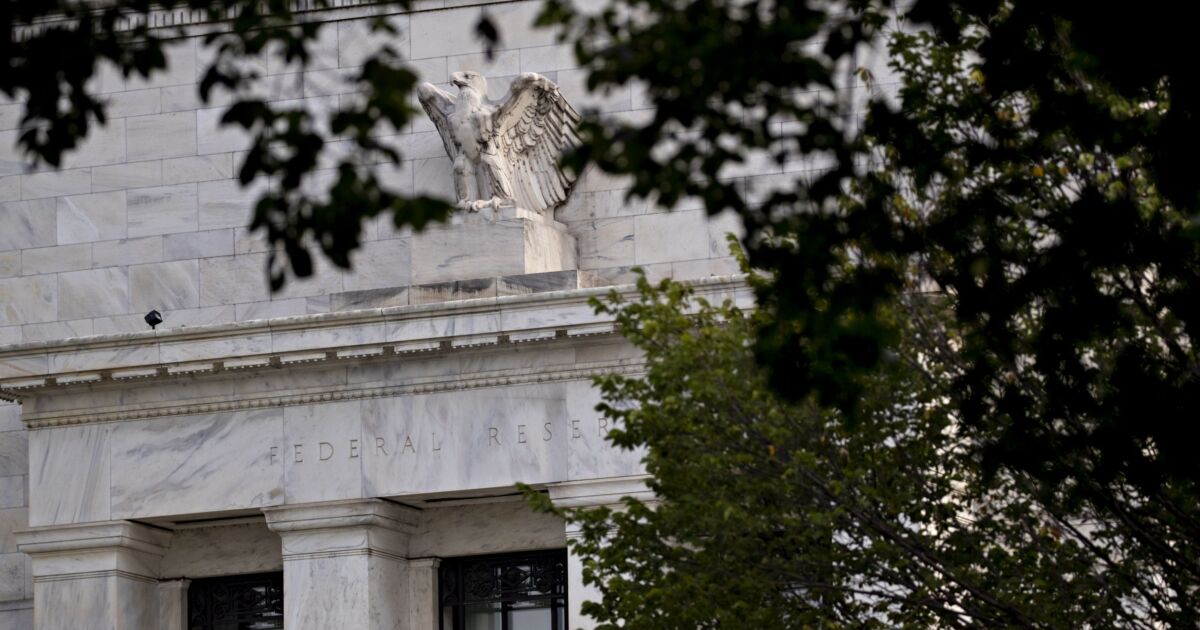 The hunt for new hedges is in full gear.

While much has been made about the search for yield in a world of ultra-low interest rates, valuations in the U.S. Treasury market also leave very little room for price gains to counteract losses should the high-flying stock market turn lower. It’s a dilemma that could reshape the classic investing strategy of 60% stocks and 40% bonds as the Fed holds rates near zero for the foreseeable future.

Many investors have no choice but to stick with Treasurys because of fund mandates, or they do so since they’re unconvinced it’s worth taking a chance on something else. Yet others are exploring riskier assets — from options to currencies — to supplement or fill the role of portfolio protection that U.S. government debt played for decades, a trend that highlights the dangers that the Fed’s rates policy can create.

“The safety valve from fixed income is gone,” said Rob Daly, director of fixed income for Glenmede Investment Management, who oversees $4.5 billion from Philadelphia including a core fixed-income fund with a 6.4% return this year. “It is incredibly hard to hedge, in fact nearly impossible. At the end of the day, there are few hedges that work.”

Abandoning a classic strategy like 60/40 is not something to be taken lightly, considering its enduring track record. Even with an economy wrecked by the COVID-19 pandemic, a portfolio allocated 60% to the S&P 500 and 40% to the Bloomberg Barclays U.S. Treasury Index has returned about 9% so far this year, in line with annual returns of almost 10% since the 1980s.

Still, the dual selloff in stocks and Treasurys as the virus spread in March demonstrated how the two asset classes aren’t always inversely correlated. That’s not always a bad thing. The breakdown worked out in favor of balanced strategies like 60/40 this year since Treasurys maintained most of their gains as the stock market rallied back to new highs.

Yet the failure of Treasurys to work as a hedge in times of market turmoil was reinforced amid an almost 10% drop in the S&P 500 in the first three weeks of September. The selloff was accompanied by a “highly abnormal” and “worrisome” failure of 10- and 30-year Treasury bonds to rally, according to John Normand, head of cross-asset fundamental strategy at JPMorgan Chase.

“Any investors that are holding fixed income to hedge their equity risk can’t count on those bonds as giving them capital gains when equities are declining,” Normand said.

Some alternatives are to own the yen versus other currencies, the dollar against emerging markets, or gold versus dollars — all of which have been less reliable than Treasurys historically and therefore “problematic,” Normand said.

“The problem is those hedges don’t behave as reflexively as the bond market used to behave when the equity market declined,” he said. “So by all means, investors need to hold the alternatives. But they probably need to hold a few of them to control for the fact that each of these is imperfect.”

Whether motivated by a search for yield or a hunt for a new hedge, some pension funds and insurance companies have been allocating more to riskier choices in fixed income — such as leveraged loans, collateralized loan obligations and private debt.

And demand for hedging strategies that use equity options has soared at Swan Global Investments in recent months, given the uncertainties caused by the coronavirus, upcoming presidential election and U.S. economic recovery, said Randy Swan, president of the Durango, Colorado-based firm which manages $2.6 billion.

“The tide of advisor and institutional interest is rising due to broader acknowledgment that the traditional 60/40 portfolio construction will likely not replicate historic performance going forward,” Swan said.

Swan is a longtime skeptic of Modern Portfolio Theory, which was made famous by economist Harry Markowitz in the 1950s and is the thinking upon which the 60/40 mix is based. Two decades ago, Swan created a strategy of using long-term put options plus buy-and-hold positions in the S&P 500 to limit huge losses during economic downturns.

That approach has since been expanded to include positions in ETFs indexed to small cap stocks, and developed and emerging markets. It relies on constant allocations of 90% to equities and 10% to put options purchased on the underlying ETF portfolio.

“Modern Portfolio Theory is part of a solution, but not the entire solution, because it doesn’t deal with market risk directly,” he said. “It relies on different asset classes to be inversely correlated, which we know doesn’t always happen.”

It’s “actually one of those things that you can buy, where you can get some upside,” Waldner said.

Meanwhile, Glenmede’s Daly and other money managers are lamenting the lack of choices available for hedging portfolios, as well as the risks to do so. For instance, “currencies are an advanced trade that requires speculation, and few are good at it,” said Phil Toews, CEO of Toews, which oversees $1.9 billion from New York.

Many fund managers and investment advisors are forced by mandate to stick with an allocation to U.S. bonds, even though the prospects for returns are poor. When all is said and done, they may not regret missing out on the hunt for alternative hedges. With yields anchored by the Fed for the foreseeable future, Treasurys can still bring stability to a portfolio — if not make up for a rough patch in stocks.

“That might not be a terrible thing in the short term if stocks turn lower,” Toews said. “We could enter into a market where losing nothing is the best-performing asset.” —Additional reporting by Sally Bakewell