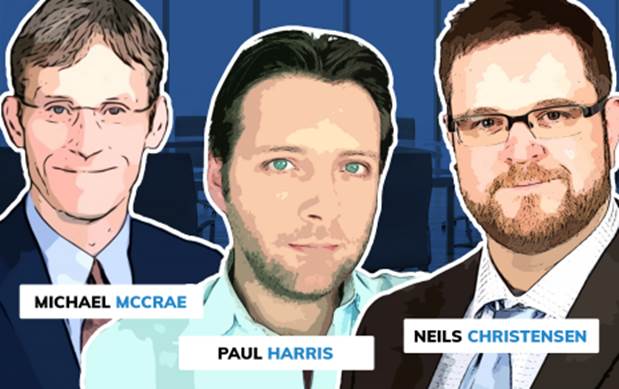 The Democrats stimulus plan will be postive for gold, but it will be extremely positive for copper, said John Thomas Steen, associate professor at the University of British Columbia’s mining school.

On Friday Steen joined Kitco Roundtable to discuss stimulus, renewables and the electrification of everything, and the knock on affect on metals, chiefly copper and nickel. Steen was joined by correspondent Paul Harris; editor Neils Christensen; and mining audiences manager, Michael McCrae. Republican and Democrat leadership are negotiating COVID-19 stimulus package in excess of $2 trillion. President Biden is ahead in the polls, which could tilt the eventual stimulus to policy goals favored by Democrats.

“A Biden win is extremely positive for copper. The estimated cost of preparing the electricity grid in the U.S. … is about a trillion dollars. That’s a huge stimulus, but it’s a wicked amount of copper,” said Steen.

Steen argues that the whole story of battery material demand seems to be driven by cars and Tesla, but that misses a larger picture.

“In the mining space, we have to look beyond the cars. Cars are getting a lot of attention [due] to the magnetism and charisma of Elon Musk, but there’s a much, much bigger story here. It’s the electrification of everything.”

Steen notes that China plans to use its stimulus to decarbonise, and 4,000 tonnes of copper are needed to produce enough solar panels for 1GW of electricity.

Big miners like Rio Tinto and BHP Billiton are preparing for future copper demand. In the spring the number two gold miner, Barrick Gold, said it is on the hunt for copper deals. Earlier this week Newmont’s Tom Palmer told Reuters that copper will account for up to one-fifth of the metal produced by the end of the decade given its current project pipeline.

Copper is currently trading at a two-year high.

Stocks may continue to struggle Thanksgiving week amid Covid-19 outbreaks
Trump said Twitter Has Become a National Security Threat
DEADLIEST DAY SINCE MAY; RECORD HOSPITALIZATIONS; THANKSGIVING SUPERSPREADER FEAR
Friendliest of them all? These could be the best countries for crypto
Experts say institutions drove Bitcoin’s rise to $19K and that alt-season is coming