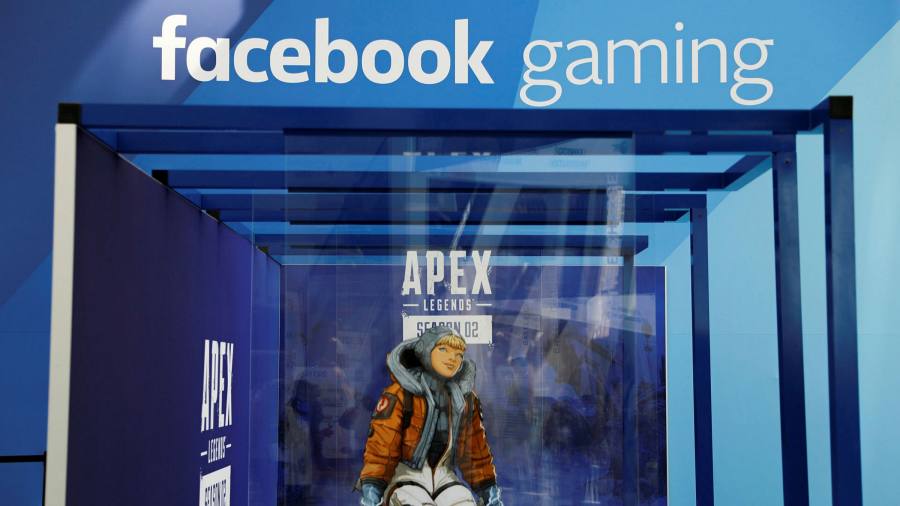 Facebook’s plans for its gaming platform are taking off, soaring above the simple fields of Flash-based FarmVille to a cloud-based service that will potentially deliver a much more sophisticated streaming experience.

As Tim Bradshaw and Hannah Murphy report, the Facebook Gaming upgrade, unveiled today, will start with some basic offerings, but will give developers the ability to serve up more complex sports simulators and racing games.

Launch titles include Asphalt 9: Legends, a racing game, a version of the card game Solitaire and PGA Tour Golf Shootout, with the emphasis being on casual games rather than console-quality graphics and software.

Facebook will focus on free-to-play and making money from ads, rather than the subscription approach taken by Google’s Stadia and Microsoft’s xCloud cloud gaming services. All three are angry with Apple over its restrictions on them in the App Store.

Facebook Gaming will be available via the web and on its Android app, but not on iOS, where Apple has been strict about games being submitted to its App Store review team individually, rather than offered as a bundle in a cloud gaming service.

Availability is only in a dozen US states at launch, illustrating the difficulty of ensuring equipment in multiple data centres is upgraded to be able to cope with streaming games.

But this is an interesting development ahead of the arrival of next-generation consoles next month, where the opposite of free-to-play is happening. As The Ringer reports, 15 years after the $60 game arrived with the Xbox 360, the $70 game is now set to become the standard with Call of Duty: Black Ops Cold War launching at $69.99 on the Xbox Series X and PlayStation 5.

1. Making a mountain out of an Anthill
Ant Group is set to raise more than $34bn after setting the price of shares in its initial public offering, putting the Chinese payments group on track to top Saudi Aramco as the biggest-ever market listing. The fintech controlled by Alibaba’s billionaire founder Jack Ma, will sell shares in a dual listing across Shanghai and Hong Kong. Mr Ma had blasted international financial regulations at the weekend. Lex says the pricing values the payments arm of Alibaba at $313bn. JPMorgan was worth only $307bn today.

#techFT brings you news, comment and analysis on the big companies, technologies and issues shaping this fastest moving of sectors from specialists based around the world. Click here to get #techFT in your inbox.

2. Big Tech set to go to the mattresses
Remember that scene from The Godfather when the big five mob families are dividing up the geographical and sectoral pie? The relationship among the Big Tech giants is reminiscent of that, writes Rana Foroohar as the US Department of Justice takes on the antitrust case of our time, analysed in our weekend Big Read. Meanwhile in Europe, Netherlands-based Booking.com is angry that it might be treated as a “gatekeeper” by the EU in the hotels market and a trade association representing major tech companies has called on the EU to introduce a framework to limit their legal liabilities when proactively policing harmful content.

3. Jeff Bezos vs Mukesh Ambani
Here’s another mighty tussle, this time in South Asia. America and India’s richest men are squaring up over retailer Future Group, drawing battle lines between Amazon and Reliance Industries over India’s booming ecommerce market, which is projected to be worth $86bn by 2024.

4. SAP shares slump on pandemic fears
SAP, Europe’s largest software company, cut its revenue and profit forecasts for this year as a resurgence of coronavirus cases depressed business spending, sending the group’s shares down more than 20 per cent on Monday. Lex says at only a 12 times multiple of 2024 earnings, SAP shares should still appeal.

5. Automation an automatic choice
Japan Inc has found a new purpose for automation: business continuity in the uncertain era of Covid-19. Shares in Japan’s office, medical and industrial goods suppliers including Askul, MonotaRo and As One have soared as heavy investments in robots helped these companies handle a jump in online orders during the pandemic. In Europe, the chief of Atlas Copco, Sweden’s biggest company, has told the FT he is expecting big growth rates in automated manufacturing.

A big earnings week ahead, with Thursday featuring tech’s major players. The details:

Wednesday: The chief executives of Twitter, Alphabet and Facebook will appear before the US Senate to testify virtually in a hearing about section 230 of the Communications Decency Act. Japan’s Sony, ecommerce platform eBay, image search platform Pinterest and craft site Etsy all report earnings.

Thursday: Earnings from the trillion-dollar club with iPhone maker Apple, online retailer Amazon and Google’s Alphabet reporting. Social media is represented by Facebook and Twitter, plus there are results from music streaming platform Spotify and Canadian ecommerce group Shopify.

Friday: Nanofilm Technology lists on the Singapore stock exchange, the biggest IPO in the city state in years.

Bloomberg reported today on updates to Apple’s AirPods coming next year, with the entry-level in-ear device expected to feature a shorter stem and replaceable ear tips as well as better battery life. The Pro version will be even more compact, it said.

AirPods have been very successful for Apple and much imitated. I have been trying out an LG take on them. The LG Tone HBS-FN6 (£150) earbuds tap the zeitgeist by coming in an industry-first UVnano charging case. Open the compact pill -shaped box and there is the light of a reassuring purple or blue halo around the earbuds inside, signalling all bacteria and germs have been eliminated by Ultraviolet rays as they were charging.

Bluetooth connectivity was a snap, but mastering the taps on the side of the earphones for different functions took a while longer. I was not overly impressed with the sound, but have always had a strong preference for the immersive one produced by over-ear headphones. Meridian Audio’s tech is used and an Ambient Sound mode expands your hearing to what’s happening around you.

LG expanded the line-up itself today with the introduction of the HBS-FN7, which adds Active Noise Cancellation.