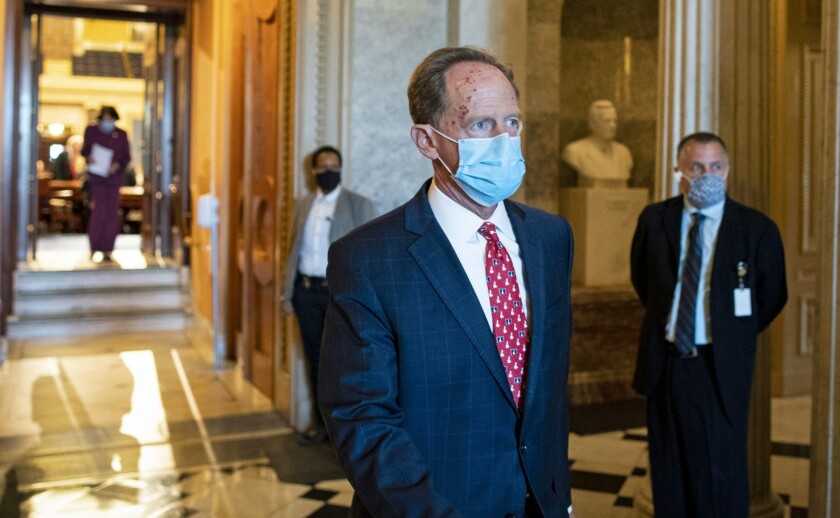 Republicans and Democrats believe the Federal Reserve’s Municipal Liquidity Facility was initially useful to the market, though are at odds over the future of the program set to expire at the end of this year.

In a fifth report from the Congressional Oversight Commission released Thursday, lawmakers disagreed on a partisan basis whether to extend the program, on pricing, and if the Fed really should be acting as a lender of last resort during the pandemic. The MLF did calm markets and provide a backstop when it was first created, the commission said, adding that all investment-grade issuers have access to the capital market.

“However, the MLF is not fiscal stimulus and macroeconomic conditions remain strained relative to the start of the year,” the commission added.

The commission is charged with overseeing the Fed and Treasury’s response to the pandemic.

The Fed launched the MLF as part of the CARES Act, a coronavirus relief package that was enacted in March. The Fed has said the MLF pricing was meant to be used as a backstop for borrowers. It is open to counties with populations of 500,000 or more and cities of 250,000 or more. In June, the central bank allowed U.S. states to be able to have at least two cities or counties eligible to directly issue notes regardless of population. Governors of each state are also able to designate two issuers whose revenues are derived from activities such as public transit and tolls.

The MLF began operating in May and unless extended will end on Dec. 31, 2020.

Muni yields were up as much as 10 basis points the previous week, as investors grew increasingly cautious over the political impasse.

The Fed repeatedly said it intended its various new programs to be a backstop for financial markets, though some lawmakers also said the Fed was inappropriately more generous with its pricing to private entities.

For example, the Fed’s Secondary Market Corporate Credit Facility buys bonds from corporations at ordinary market prices, without a markup or penalty, they said. The SMCCF was created in March to purchase corporate bonds by investment-grade companies in the secondary market.

“In their view, the Federal Reserve cannot have one mission for helping private entities while taking a different and narrower view for state and local governments,” the report said.

Nowhere in the CARES Act, the Federal Reserve Act and Dodd-Frank Act is the term “lender of last resort”, Ramamurti and Shalala said.

“While the MLF is not a substitute for direct aid, they believe the Federal Reserve’s stringent interpretation of its mandate with respect to state and local governments makes the MLF ‘excessively punitive’ toward municipal issuers,” the Democratic lawmakers said.

The Fed also accepts a lower rate of return from certain private borrowers while imposing a higher one on state and local governments that have the same or better credit quality, Ramamurti and Shalala said.

Through the SMCFF, the Fed bought a bond from Chevron at a 0.9% rate compared to Wisconsin which has the same credit rating as Chevron but has to pay 1.28%, Ramamurti said.

Toomey and Hill said the vast majority of state and local issuers have access to the market at low-interest rates.

So far just Illinois and the New York Metropolitan Transportation Authority have accessed the MLF. The commission said others have expressed interest such as Hawaii, New Jersey, New York’s Suffolk County, and the Port Authority of New York and New Jersey.

Arsène Wenger on leadership and life after Arsenal
The Great Unknowns of 2021
Got Guts? Buy Nio Stock at This Super-High Valuation
White House blames Democrats for holding up stimulus talks
Amid IRS bounty and competitor progress, Monero developers ship a major update