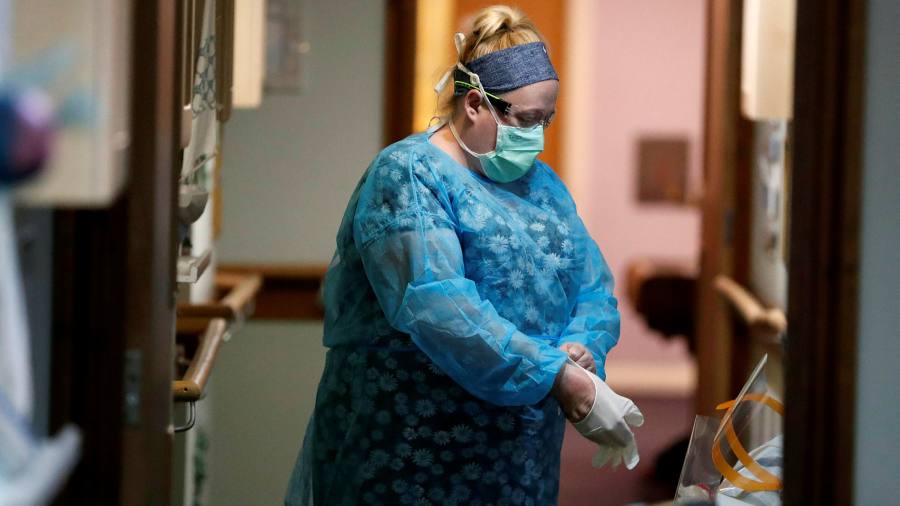 Britain’s biggest care home lobby group has criticised the sector’s regulator for failing to “stop the car crash” during the first months of the Covid-19 pandemic and provide sufficient support and oversight.

Faced with the most acute crisis to hit care homes and their residents in decades, Care England, which represents the larger chains as well as charities and small to medium-sized providers in Great Britain, said its members “hadn’t felt supported” by the Care Quality Commission during the pandemic.

Care homes received minimal direct communication from the regulator and it was only in May, three months after the crisis began, that the CQC introduced an emergency framework, Care England said. Even as care homes were left struggling to access personal protective equipment such as masks and gloves, there “was no support on hand”, it added.

“Instead of trying to stop the car crash, the regulator was a mere spectator,” said Martin Green, chief executive of Care England. “One would have thought that they would have played a better role helping to mitigate the implications of this dreadful virus.”

The CQC disputed the accusations, and said 70 per cent of the 25,000 providers had had some support from the regulator, in most cases a telephone call. It also said it had worked with local authorities to help providers access masks and gloves.

Kate Terroni, chief inspector of adult social care at the CQC, said: “We made a decision to support providers through this difficult time, firstly by stopping routine inspections to protect people and thereby limiting the number of people entering care homes. We have continued to evolve the approach we developed.”

Although it also regulates GP services, Care England said the regulator failed to provide advice on, for example, whether they should visit care homes. The failure of guidance extended to “do not resuscitate orders” — which some doctors told care home managers to use on as many residents as possible at the start of the coronavirus pandemic in March without proper consultation. The CQC is now reviewing the use of the orders but “their silence was deafening and it’s a bit too late,” said Mr Green.

The CQC pointed to guidance issued on April 3, which made it clear that these should be agreed on an individual basis.

Patients with Covid-19 were also transferred from hospitals to care homes on the instruction of the government, often without being tested, with no guidance from the regulator, Care England said. The CQC insisted that it outlined that certain protective measures should be in place including the ability to isolate patients.

Colin Angel, policy director at the United Kingdom Homecare Association, urged the government to amend the CQC’s role. “This will ensure that it can report and comment far more extensively on the commissioning of services, to present a properly rounded picture of how care systems support people.”

The CQC has also been criticised for its failure to release death tolls at individual care homes or chains. The CQC said: “Our regulatory role and core purpose to keep people safe is at the heart of all decisions we make. On its own, the number of deaths at a care home does not provide an assessment of quality or safety.”

Great Question: How Long Has The U.S. Intelligence Apparatus Been Selecting Presidential Candidates?…
Freeport Q3 earnings in line with expectation gold sales fall 4% from 2019
Islamist killing prompts French crackdown on militants
How To Use Reverse Wholesaling For Your Real Estate Venture
A kindler, gentler Wall Street for brokers?