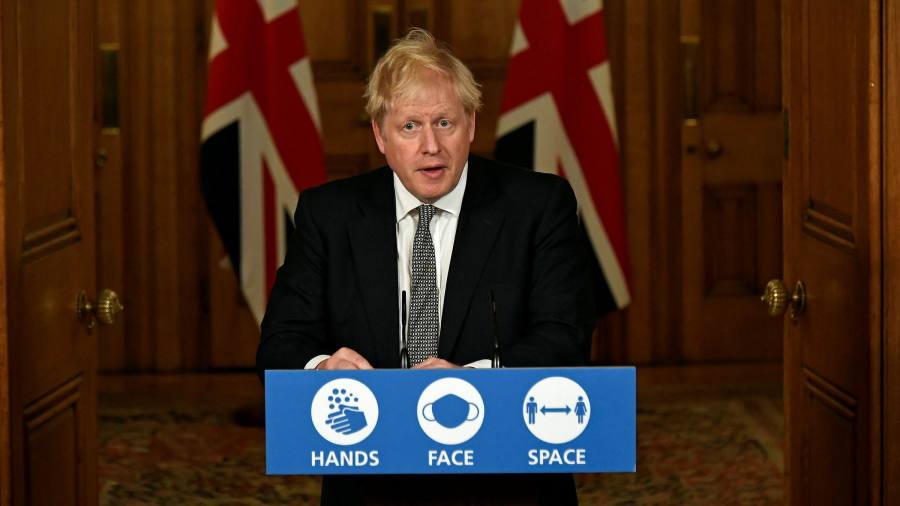 Boris Johnson has announced tougher coronavirus restrictions across England — including strict travel restrictions and the closure of pubs and restaurants — as he admitted the current approach had failed to stem an alarming second wave of the pandemic.

The prime minister told a Downing Street press conference on Saturday evening that the new restrictions would come into effect at 00:01 on Thursday and remain in place until December 2.

There will be further provision to support businesses through the coming month of tighter restrictions. The furlough scheme will also be reinstated at the original level of 80 per cent of wages paid to employees left unable to work due to the restrictions. The self-employed will receive less generous support at 40 per cent of their previous earnings.

Mr Johnson said he was aware of the impact the restrictions would have on people’s livelihoods and mental health. “No one wants to be imposing these kind of measures anywhere,” he said. “There is a constant struggle and balance which the government has to take between lives and livelihoods.”

The announcement is a remarkable volte-face for Mr Johnson, who said recently that the financial consequences of a full national lockdown would be “disastrous” and “completely wrong for this country”.

The prime minister announced the closure of all non-essential retail outlets, gyms and hairdressers and all pubs and restaurants — apart from takeaways.

Make no mistake, these measures will put great strain on an already fragile business community

Mr Johnson also banned people from mixing in homes and vetoed all travel inside or outside the UK except for work purposes.

However English schools, nurseries, playgrounds and universities will remain open under the new restrictions, as will factories, construction sites and farms.

People will only be allowed to leave their homes for specific reasons such as essential work, caring for the vulnerable, shopping for food and other essentials and exercise. But they will be able to sit in a park with one person from another household, in contrast to the rules at the start of the first lockdown.

Jonathan Geldart, director general of the Institute of Directors, said controlling the virus was crucial in the long run. “But make no mistake, these measures will put great strain on an already fragile business community.”

Although people will be allowed to exercise outdoors, this can only be alone, with members of the same household or with one other person. Funerals will be limited to close family only.

Beyond December 2 the government intends to return to its current three-tier regional system of restrictions. 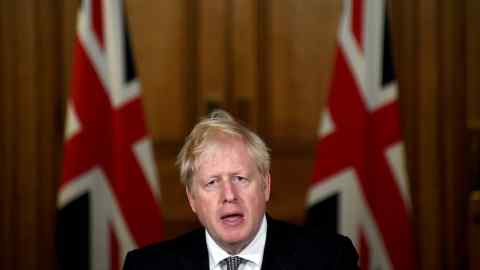 Mr Johnson had previously resisted the idea of a “circuit breaker” lockdown of two to three weeks advocated by the opposition Labour party in mid-October.

But he ripped up his strategy after a new document published on Friday showed the number of coronavirus infections and hospital admissions had surpassed government scientific advisers’ worst-case scenario.

Mr Johnson defended his previous regional approach, saying he had hoped the pandemic could be tackled by strong local action where the virus was most prevalent.

“But we’ve got to be humbled in the face of nature. In this country as in much of Europe the virus is growing much faster than the reasonable worst-case scenario of our scientific advisers.

“Without action there could be several thousand deaths a day, he said.

Chris Hopson, chief executive of NHS Providers, questioned whether the decision to impose lockdown had been taken quickly enough and whether people would comply. “It will be for a public inquiry to determine whether, as with the first lockdown, these decisions have been sufficiently quick, clear and decisive,” he said.

The prime minister will set out the new measures in the House of Commons on Monday afternoon with a vote on Tuesday, where a substantial rebellion is expected from Tory backbenchers.

He told colleagues that the incidence of Covid-19 was growing and that the NHS was under increasing pressure.

Some Tory MPs expressed anger about the change in position, having spent the last few weeks defending the government’s previous stance. “There has been a fair amount of disquiet . . . lots of frustration,” said one.

“The mood is pretty volcanic,” another MP said. “People are really pissed off.” 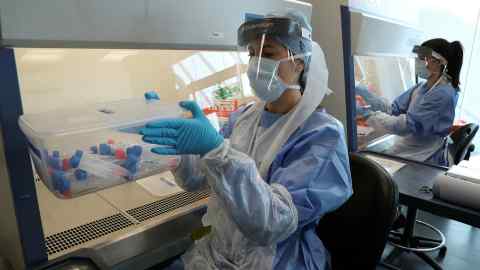 According to scientific advisers, on the current trajectory the NHS would surpass its “fixed and surged bed capacity” by the first week of December, including the new Nightingale hospitals.

While the prevalence of Covid-19 is worst in parts of the north of England, the R rate — used to measures the virus’s spread — has been growing in areas with a lower incidence.

The south-west could be in a similar situation to the north-west by November 27, according to the experts.

Number 10 was spurred into action when the government’s scientific advisory group said the number of daily deaths from coronavirus was in line with the “reasonable worst-case” scenario.

The British Retail Consortium said the new restrictions would have a significant impact on hundreds of thousands of jobs across the country. “The previous lockdown cost ‘non-essential’ shops £1.6bn a week in lost sales,” said Helen Dickinson, chief executive of the BRC. “Now that we are entering the all-important Christmas shopping period, these losses are certain to be much bigger.”