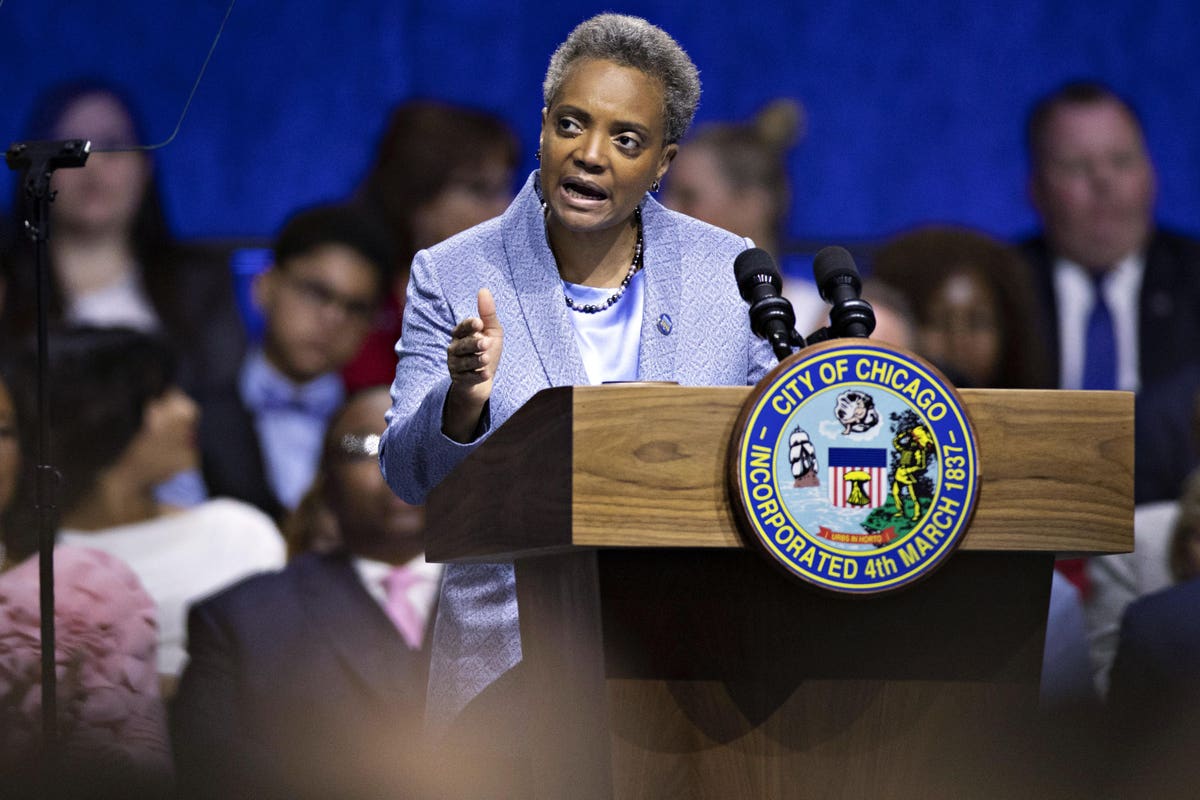 Earlier today, the city of Chicago unveiled its revised 2020 shortfall estimate and its 2021 budget forecast.

The numbers are grim:

For 2020, revenues dropped by 20% for the year, while expenses were nearly stable, producing an $800 million shortfall for the year, and no clear path towards making up the lion’s share of the debt except for borrowing. (Some portions can come from CARES Act money, front-loading savings from more debt refinancing, or beginning to cut spending in ways the city has rejected so far.)

Payroll costs make up two-thirds of the budget, so their annual increase of 3% boosts expenditures by $87 million. (Note: unlike elsewhere, so far the city has not furloughed, laid off, or cut pay for any of its workers.)

Pension costs jump 27% as the city moves further along the “ramp” — an increase of $91 million.

And “financial costs” jump a whopping $279 million. Why? In the first place, the city created a balanced budget in 2020 by means of front-loading the savings from debt refinancing, that is, a one-time reduction in expense. And in the second place, property tax collection shortfalls are not classified as lost revenue but as increased expense.

It gets worse: the city forecasts another expenditure jump in 2022, due to an additional $240 million in pay hikes, and even more in increased pension contributions, a boost of $258 million. After another increase in 2023, the city will be paying out 15.8% of its corporate budget solely for pension contributions.

Also note that the city pays a total of $2 billion-ish in pension contributions but only $426.9 million comes out of the Corporate Fund as a top-up to property taxes which aren’t included in these numbers. If the full contribution were included that 15.8% would be far higher, but the true “apples to apples” comparison is difficult because of the various other pieces of the budget. But the property taxes that fund pensions without being a part of the Corporate Fund add to Chicago taxpayers’ property tax burden regardless of how they’re classified.

What’s more, the mayor, in her budget address today, acknowledged that a significant portion of the budget gap — 35% — cannot be explained by Covid-19 but is due to other causes.

How will the city bridge this cap?

I have repeatedly called on the city of Chicago, and Mayor Lori Lightfoot to consider pension reform, and for the mayor to add her voice to the calls for an amendment to the state constitution to enable pension reform. It’s too late now – the legislative deadlines to put the issue on the ballot have long since passed.

Over the weekend, finance expert Mark Brodsky, in an opinion piece in the Wall Street Journal, called bankruptcy the “best bad option” for the city:

“It’s no longer credible to claim Chicago can work its way out of the huge hole it has dug for its pension plans over the past 20 years. From 2000-19, their funded ratio dropped from 83% to 24%. Even before the pandemic, Chicago lacked the resources to make $2.3 billion in annual pension contributions.

“Fortunately, there is a viable alternative. Chicago has the wherewithal to fund its pensions and provide public services. But it can’t do those things and also service its debt. Chapter 9 of the U.S. bankruptcy code provides a means to cancel a great deal of that debt.”

Is Lightfoot considering that option? She said nothing about it in her address today. Instead, she said, “the federal government simply must step up . . . . This should not be up for debate.” Repeatedly she said that all cities are in the came boat and that the financial shortfall is “something that demands a solution at the federal level.”

To the extent that this money doesn’t arrive, they are looking at all manner of cost-cutting and revenue-boosting options, but, worryingly, any layoffs would only happen in the future after “conversations” with organized labor, as an “end of the list” action — making the cuts all the more painful than milder wage cuts now.

And what are the city’s prospects for federal aid? In some respects, she does deserve credit for a tone that’s aimed at making friends, not enemies. She spoke against looting in no uncertain terms: referencing her own upbringing, she said “no one’s life circumstances justify criminal conduct against another – period.” And she called for greater reconciliation, and healing of divides: “we are losing our ability to see each other’s perspectives . . . we need to change the tone of our discourse.” She even acknowledged that this is not just a matter of “other people” changing their behavior: “I need to push myself harder to work with people with whom I do not agree.”

Will these nice words be enough to cause federal funding to materialize? And, if not, will the mayor’s office, in the next month before the final budget is presented, be able to fill that gap?