Ten years off the financial crisis bottom, the stock market scored one of its best decade in nearly 140 years.

According to Goldman Sachs, the 10-year trailing annual return for the S&P 500 of 15 percent ranks in the 94th percentile of all 10-year periods going all the way back to 1880. The typical 10-year trailing return since the 1880 is 9 percent. 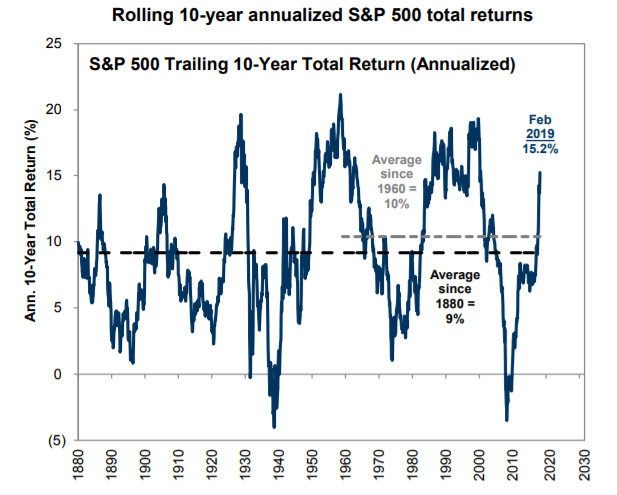 “One of the unique parts about the decade-long bull market is that it’s been driven by a couple different things in its life,” said Tom Essaye, founder of Sevens Report Research. “In the beginning it was the Fed … the round after round of QE. That’s what really got us going.”

“Then that transitioned to something more traditionally sustainable, which was an economic resurgence. We saw that in the middle of the decade. And then tax cuts created a earnings-based bull market,” he added.

The market regained more than 300 percent from its financial crisis intraday low of 666 hit in March 2009. The S&P 500 hit an all-time high in August 2018 on pro-business policies such as corporate tax cuts. And 2019 has been a record-setting year so far as stocks posts their best start to a year in at least 30 years.

The S&P 500 is now just under 5 percent from that August all-time high.

But it wasn’t all smooth sailing. The most recent market crash happened at the end of 2018 when the stock market suffered its worst December since the Great Depression. Triggered by fears of a too-aggressive Federal Reserve and a possible recession, the S&P 500 plunged 20 percent from its high on an intraday basis through Christmas Eve, dipping into a technical bear market within a bull market.

After this historic decade-long run, there are signs that enthusiasm could be waning. Investors have pulled money from the stock market so far this year. Citi’s equity strategist Robert Buckland called stocks’ 2019 rally a “flowless” one as the market shoots up despite a whopping $31 billion net outflows from equity funds. Buybacks, instead of investor inflows, are now driving the market, Buckland said. 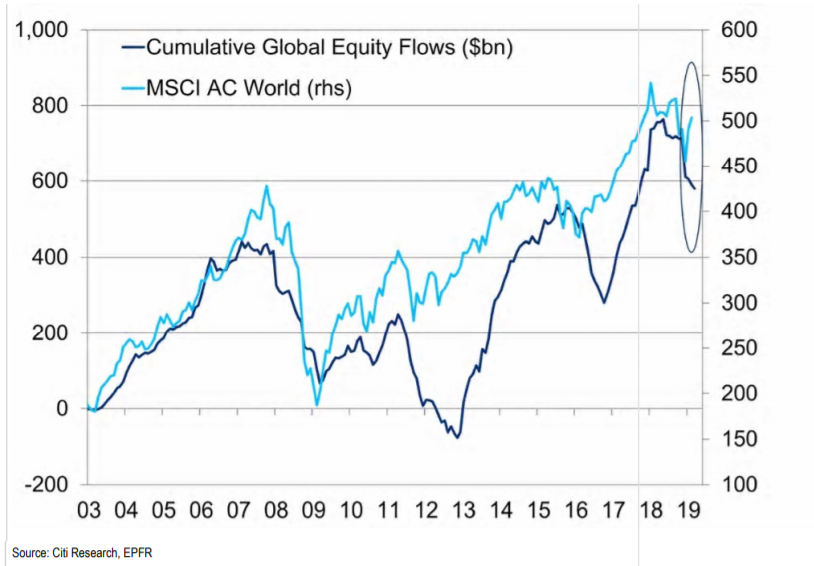 The December sell-off “was really jarring because everyone is aware how old this expansion is. Bull markets do not last forever. So any sign that the party is over and the bull market is ending really strikes fear in investors’ minds because the last bad sell-off we went through was 10 years ago and it was a disaster. Even 10 years on, I think people definitely have not forgotten that,” Essaye said.

But if investors do start to buy in again, it could add momentum to the rally, Citi said. Some industry players think the market’s bull run got a new lease on life after December’s wipeout and could now carry on for an 11th year as the Fed turned more dovish.