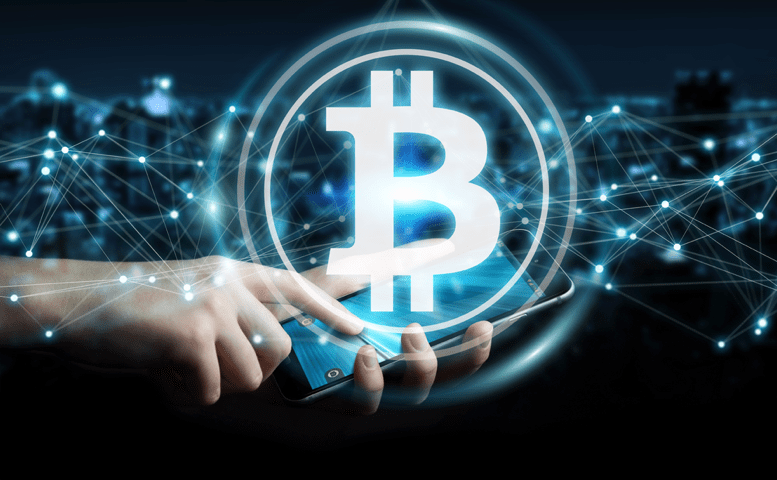 Twitter and Square founder Jack Dorsey has always been bullish in his Bitcoin views. So it’s no surprise that his payments startup Square is now offering new employees the chance to be paid in Bitcoin. According to tweets from the CEO, the company is on the hunt for skilled labor to add to the team.

If Dorsey’s tweets are anything to go by, then the company is hiring engineers and a designer to “work full-time on open source contributions to the bitcoin/crypto ecosystem.”

The Square cash app already supports Bitcoin purchases and sales so it is intriguing to think of what these new hires may be working on. 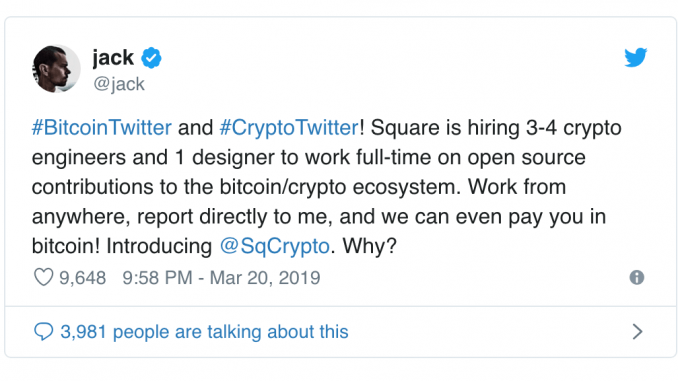 But beyond that tweet, information is scarce. However, what is notable, is that these new hires will be able to be paid in Bitcoin if they so choose. It makes sense that Square would offer this option, Dorsey being a major advocate of cryptocurrency, earning himself the nickname Bitcoin Evangelist.

His belief is that Bitcoin should become the world’s single native currency and using it is moving forward.

Dorsey added in a separate Tweet that “the most impactful thing” his company can do is to build upon the current cryptocurrency ecosystem. And this is one way it can give back to the community.

“Square has taken a lot from the open source community to get us here. We haven’t given enough back. This is a small way to give back, and one that’s aligned with our broader interests: a more accessible global financial system for the internet.”

Dorsey recently spoke in a podcast about the Square app saying how payment apps like it are the future for cryptocurrency:

“We’re empowering the electrician to send invoices, setting up the food truck with a delivery option, helping the clothing boutique pay its employees, and giving the coffee chain capital for a second, third, and fourth location.”

What do you think? Would you like a job working for Square?