Many market commentators will try to explain why the stock market kicked off 2019 with the best January in decades, but CNBC’s Jim Cramer stressed on Friday that the move wasn’t tied to historical patterns or the calendar.

“You know why stocks had such a good start this year? For the same reason they had such a bad end last year: our Federal Reserve chairman,” Cramer said on “Mad Money.”

Investors have to remember that, when it comes to the stock market, history seldom repeats itself, Cramer said. That’s why he worries about market-watchers who try to “gin up” patterns in the stock market, because they tend to lead people astray.

“I say each year stands on its own. I don’t know a soul who predicted that disastrous December we just went through,” he said. “This was a nauseating, out-of-nowhere, and, most of all, short bear market, and it was very much the Fed’s creation. Almost no one saw it coming because no one thought the Fed would do what it did. In fact, all I heard going into the fourth quarter was the opposite: when the market’s doing well for the year going into September, you’re going to end the year strong. Another useless so-called truism.” 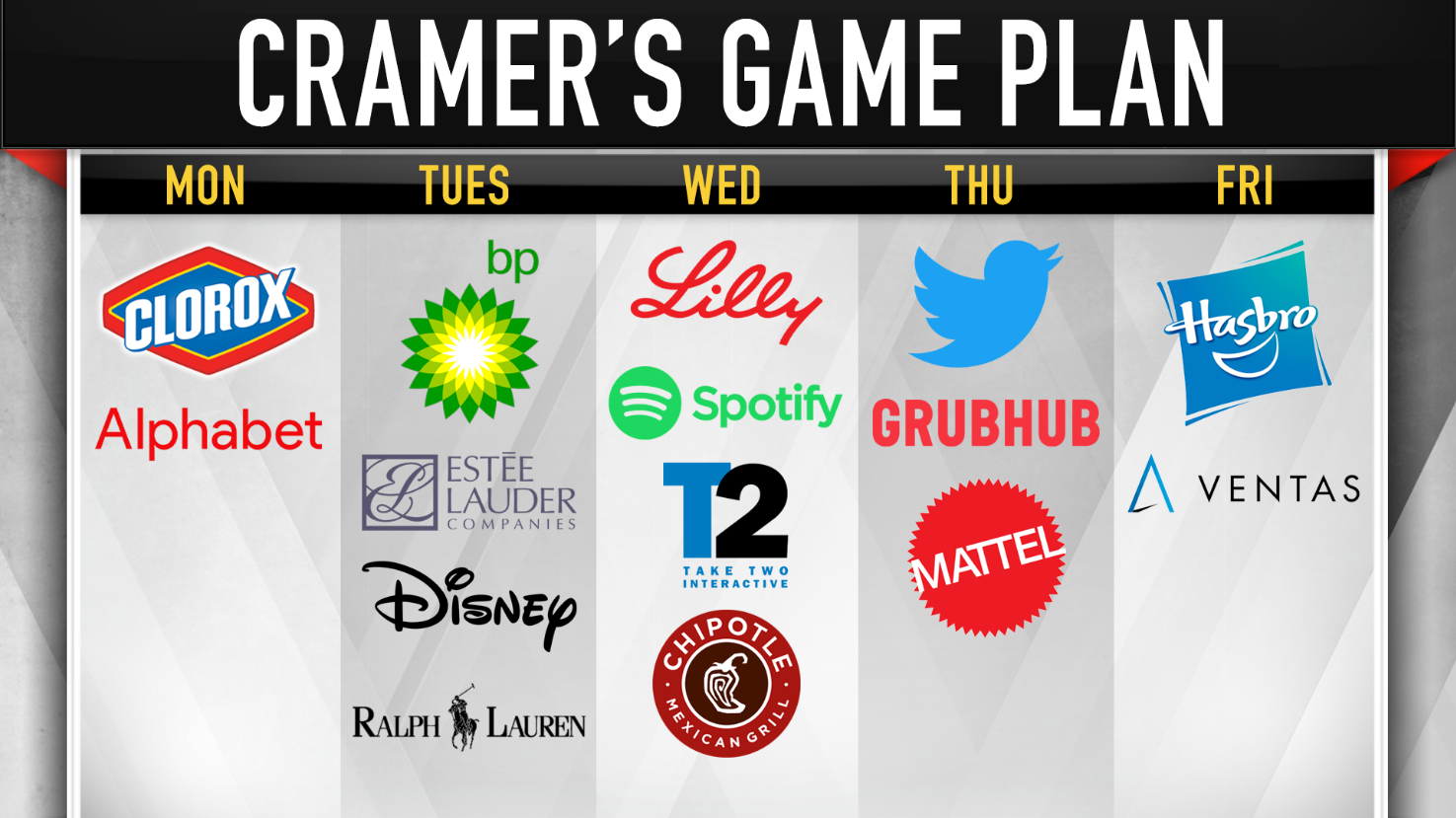 Investors should prepare to do some buying in the week ahead as still-strong job growth and a patient Federal Reserve continue to improve the outlook for stocks, Cramer said Friday after a day of modest gains for the averages.

“We’re still basking in the glow of a Fed gone pragmatic, while employment stays strong and inflation is tame. That’s the ideal backdrop for stocks,” he said. “I say be ready to buy the next dip, because 2019, which was supposed to … be the year the business cycle finally keels over, may turn out to be surprisingly rewarding.”

With that in mind, Cramer got right to his busy game plan for the week ahead, which will see earnings reports from Alphabet, Disney and more.

“The guys at Elliott have some great ideas that could potentially make shareholders a lot of money. At the same time, eBay’s management team is a lot better than you might think if you were only looking at the stock’s recent performance,” he said. “If eBay and Elliott can work together, then, like Humphrey Bogart and Claude Rains in Casablanca, this could be the beginning of a beautiful friendship.”

In the last year, eBay has gone from posting strong results to delivering imperfect quarters, which has led to a good deal of destruction in the stock. Shares of the online marketplace are down nearly 26 percent in the last 12 months.

Click here to find out how Cramer thinks Elliott can help ebay turn itself around.

From Adidas to Ford to football gear giant Ridell, Carbon’s partners tend to be much more high-profile than the billion-dollar 3D-printing company itself, Carbon co-founder and CEO Joseph DeSimone told Cramer in a Friday interview.

That’s because Carbon’s unique technology is not only made for mass-market use, but it’s more advanced than some of its 3D-printing counterparts’. DeSimone likened the process behind its football-helmet-printing partnership with Ridell to setting up braces with Invisalign: an ultra-specific scan followed by a series of cloud-based calculations.

“We’ve had a player on just about every team [in the NFL] for the second half of the season” wearing Carbon’s helmets, DeSimone told Cramer ahead of the Super Bowl.

And that’s not all Carbon offers: it also makes traceable running shoes with Adidas, dissolving surgical implants with Johnson & Johnson, and just unveiled the first 3D-printed parts on a production vehicle with Ford, the CEO said.

The CEO of the largest payroll processor in the United States thinks the economy is humming along and “has a lot of momentum” going into 2019, he told Cramer in a Friday interview.

“The economy feels like it has a lot of momentum when you look at our jobs data and you look at wage growth,” Carlos Rodriguez, the president and CEO of ADP, said after his company’s joint jobs report with Moody’s Analytics.

As for the border wall debate in Washington, which caused the longest-running government shutdown in history, “it’s hard to imagine that this is going to be [anything] other than a pothole in the road,” Rodriguez said. “So I’m very optimistic that things will continue and the momentum will continue.”

The CEO spoke after ADP delivered the best earnings-per-share growth and margin improvements that it’s had in “many, many years,” which was helped by steady employment and wage growth, he told Cramer.

In Cramer’s lightning round, he zoomed through his responses to callers’ stock questions:

Pilgrim’s Pride Corp.: “I think it is a bit of a bottom-feeder there. Now, Tyson reports next week. I happen to like this one more than Tyson. It is a $5 billion company. I’ll go with you on that one. I’ll go with you.”

Kemet Corp.: “That’s an inexpensive capacitor stock. I’m going to go with you. It’s a very inexpensive stock, particularly after the cohort’s moved up.”

If you want to be more likeable, try showing more stress
Areas Most At Risk Of Hurricane-Force Wind And Storm Surge Damage
Best Bond ETFs for 2022
Hot, Hot, Hot! Mortgage Purchase Applications UP 6% WoW, Refi Applications DOWN -3.1% WoW As Fed Keeps Massive Covid Stimulus In Place (AEI Home Price Index UP 17% YoY In May)
Crickets on day 1… but Proshares short Bitcoin ETF volume up 380% on day 2