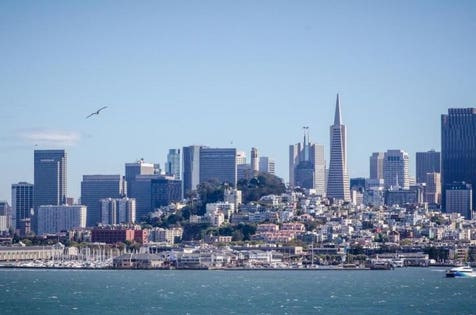 “I do think to bring (those) buyers in larger numbers who got buyer fatigue back into the market, there still needs to be more price reductions, Hepp predicts. She is talking about, the “buyer fatigue”  that hit many hot markets around the country during the summer.  That’s when buyers make offer after offer, often above asking price, only to lose out on the property to another buyer. Look to more inventory on the market to also bring buyers back.

Hepp’s January 2019 numbers point to the year-over-year decrease in home sales continuing at double-digit-percent rates, with the three-month average decline in the Bay Area at 16 percent. Los Angeles was down even further by 18 percent. “In other words, over the last three months, about 1,100 fewer units sold on average per month than last year in Los Angeles, while the Bay Area averaged about 700 fewer sales,” said Hepp. Hopefully, sellers are taking note of cooling buyer demand along with higher inventory numbers so they will change their pricing expectations to more sane levels.

Look to May 2018 to see when the separation on prices between Bay area buyers and sellers caused potential buyers to simply walk away. The numbers in units sold tell their own story. Consider there was a 4 percent increase in April 2018 which slid down to a 16 percent decrease in January 2019. “The decline in buyer demand led to a notably larger increase in price reductions than seen in prior years,” Hepp notes. Price cuts went from 7 percent of inventory in March 2018 to 34 percent in January 2019. “As a result of more homes selling at reduced prices, Bay Area communities saw year-over-year median home price growth of 3 percent in January 2019, the lowest rate observed in at least the last three years,” Hepp adds.

Heading south to Los Angeles, market dynamics differ a bit from San Francisco. In the Los Angeles area, Spring 2018 saw market prices appreciate 14 percent. Buyers were discouraged and began leaving the market. This caused the highest increase in properties with price reductions over the past three years. In January of this year, those numbers showed 30 percent of sales had price reductions. The spread between listing prices and actual sale prices was increasing.

The take-aways for buyers according to Hepp include good news and a dose of real-time reality. “Buyers now enjoy more favorable conditions than they did in the second half of 2018. However, many buyers have exited the market and are unwilling to purchase homes until they see larger price reductions and cooling home price growth.” Keep watching the market closely. Then jump in when the conditions are right because one thing is certain: real estate markets do change on a dime.