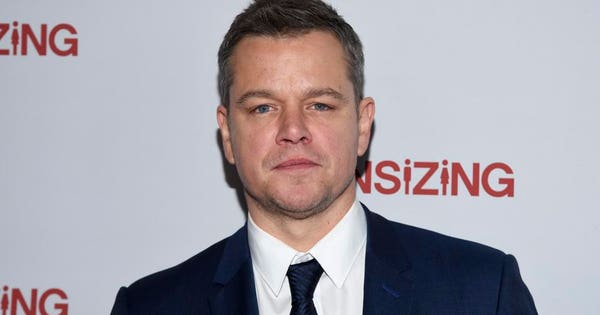 Eighteen months after going under contract for the penthouse in the Standish building, Matt Damon has closed the deal and become the newest title holder of most expensive sale in Brooklyn, according to reports by The New York Post and The Real Deal. Paperwork shows he, or in this case his LLC, spent $16.745 million on the 6,218-square-foot condo. The penthouse consists of three combined units and comes with an outdoor terrace over 3,000 square feet.

Located inside the Standish Building in Brooklyn Heights, the entire building has undergone a complete transformation since its former existence first as a hotel and then as a 94-unit rental building, as was previously reported on Forbes. Developers bought the building in 2007 and planned to turn it into a 50-unit condo building, but eventually decided to play to the strengths gaining in the Brooklyn real estate market and convert it into a building with fewer units at higher price points. It is not immediately clear if they built as many 33 units or as few as 29, but since some of the units have been combined (such as Damon’s) that may account for the discrepancy.

Fun fact: When it was a hotel it was called The Standish Arms Hotel, which was the name of the building where mild-mannered reporter Clark Kent’s lived in the world of Superman. In that story the building was located in “Metropolis,” however, not Brooklyn.

Brooklyn price records before Damon came to town include two townhouses that each sold for $15.5 million (one to Jay Maisel in Cobble Hill and the other to Jennifer Connelly and Paul Bettany, also in the same Brooklyn Heights neighborhood). A $15 million condo sold to art dealer Lio Malca not too far away. Damon is not the only celebrity to buy a unit in the Standish, according to reports. Mary Louise Parker, Paul Giamatti and Lena Dunham have also purchased a unit here. Dunham has listed her condo in Brooklyn’s Williamsburg neighborhood for $3 million.

There are no interior photos revealed for Damon’s penthouse, but you can get a sense of how the developers managed to pay homage to the pre-war era of the building while also making it feel sleek and updated in a photo tour on their website via Architectural Digest. There are wide plank wood floors and what they’re calling a ‘Shaker-style aesthetic’ in the kitchens to keep everything a neutral palette. Also take a gander at the lobby, with a penny tile floor, book-matched marble and porcelain finishes to maintain the classic nature of the building.

The building comes with a doorman, concierge services, fitness studio and a children’s playroom.

As both the New York Post and The Real Deal reported, this record may be broken soon with a penthouse at the Quay building said to be under contract for around $20 million.