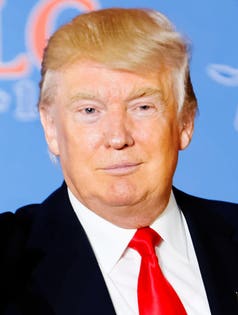 By Paunie Samreth and Reshmi Basu

American Media Inc (AMI) executives have found themselves under a public microscope for their handling of sensitive information in 2016 about then-presidential candidate Donald Trump. CEO David Pecker – “our friend David” in Trump fixer Michael Cohen’s recorded parlance – is fending off criticism for burying a story about Trump’s extramarital affair and is allegedly facing legal questions about the incident.

It may not appear to be an opportune time for AMI executives to try to drum up more than $400 million in funding from investors in the capital markets. But AMI is doing just that, enlisting investment bankers to hold meetings with high yield bond investors and pitch a story of growth via consolidation and rising media valuations, sources told Debtwire.

The embattled magazine publisher has $150 million in debt coming due in two years, and another $135 million due a year later. Although the maturities don’t yet pose an immediate problem, below-investment grade corporate borrowers like AMI typically need to pay off debt a year before maturity or face a “going concern” warning from their auditor.

Bankers are gauging investor interest in a new secured bond for AMI, likely to total $425 million to $450 million, with most of the proceeds slated to go toward refinancing the 2020 and 2021 maturities. The bank aims to bring a deal with a yield around 9%, a cost of capital several percentage points higher than its existing debt, the sources said.

But some investors in the high yield market are more familiar with AMI’s history of bankruptcy and restructuring than they are with the finer details of its Playboy model payoffs. AMI has been forced to restructure its debt three times since 2009, including one bankruptcy and two out-of-court deals in which debtholders took control of the company.

In the most recent restructuring, in 2014, junior bondholders including Chatham Asset Management and Omega Charitable Partnership took over the company’s equity by converting $121 million in bonds into stock as well as acquiring shares. The company had previously filed for bankruptcy in 2010 to wipe out $364 million of subordinated notes, which itself was less than two years after a 2009 out-of-court deal that allowed the company to extinguish around $270 million in bonds.

Many of AMI’s balance sheet problems during those years stemmed from the depressed industry conditions afflicting most print media operators – namely the secular shift to online consumption and the associated effect on advertising and subscription dollars.

But the company is touting the EBITDA gains from its deal last month to acquire 13 brands from Bauer Media USA, including In Touch, Life & Style, and magazines targeted for teens such as Girls World. AMI’s existing brands include the National Enquirer, US Weekly, Star and Men’s Journal, among others.

Including the earnings impact of the Bauer deal, AMI should generate around $115 million of annual EBITDA, said the sources. That would put the company’s leverage ratio, pro forma a new debt raise, at around 3.7x debt-to-EBITDA.

Sources bullish on the consolidating media sector note that Meredith’s acquisition of Time in 2017 for $2.8 billion amounted to a 7x multiple of Time’s $400 million in adjusted OIBDA.

But bullish M&A story or not, the legal and public relations overhang of the Trump entanglements give some investors pause, due to concerns that AMI, as the publisher of tabloid National Enquirer, may have waded into a political firestorm and murky campaign finance territory when it engaged in “catch and kill” tactics, sources said.

Specifically, AMI paid Playboy model Karen McDougal $150,000 for the rights to her story, but never published it. McDougal says she had an affair with Trump before he was a candidate.

Bond investors are concerned about the potential legal and monetary ramifications as investigations mount, said of the sources. Prosecutors with the Southern District of New York have subpoenaed executives at AMI in connection with their investigation into Michael Cohen, according to press reports. However, AMI itself is not facing any legal charges.

Paunie Samreth is Associate Editor covering the gaming, media and healthcare industries. She can be reached at Paunie.Samreth@debtwire.com.

Reshmi Basu is Assistant Editor of restructuring and covers retailers and technology companies. She can be reached at Reshmi.Basu@debtwire.com.