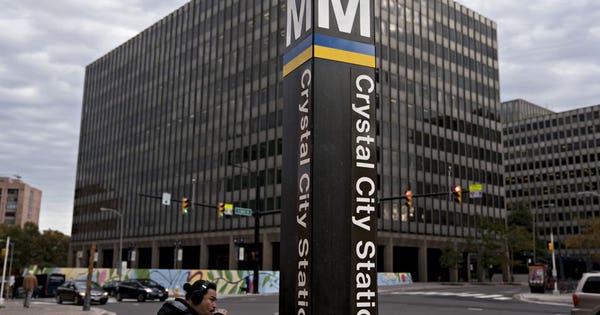 Trulia.com, the online real estate site recently looked at the real-time impact of Amazon’s HQ2 recent November 3rd announcement selecting Crystal City, Virginia as one of its sites. Cheryl Young, Trulia’s chief economist, looked at the numbers based on for sale search activity. “We wanted to see how much search activity in the area was affected after the announcement,” Young explains. As the author of Trulia’s, “Amazon HQ2 DC” report she found “home searches from major tech hubs (SF, Silicon Valley, Seattle, etc.) into the Crystal City area spiked more than 700 percent in the week after news broke of Amazon’s plans.”

Crystal City and the surrounding areas are rebranded as National Landing in real estate buzz terms. One of the biggest surprises to Young was how many sellers immediately tried to leverage the Amazon news. “We looked at all the people using Amazon HQ 2 as a selling point in their listings,” Young notes. “They were already trying to capitalize even though Amazon isn’t breaking ground until next year. We saw some listings that used a sense of urgency like, “act fast on this opportunity to invest.”

A quick look at a number of Zillow listings confirms Young’s research as real estate agents continue to tout National Landing in their listings. Here’s some examples from active listings in Arlington’s 22202 Zip Code.

“Located in the heart of Amazon’s National Landing!!!” is the first sentence in a three bedroom and two bath condominium in an upscale building with a $750,000 price tag. A modest 715 square foot condominium listing with an asking price of $239,900 cites the location as, “close to Pentagon, Georgetown and newly chosen Amazon location in Crystal City.”

Moving up to Long Island City in Queens, Christina DeCurtis, a broker at Compass looks at recent activity. “Since rumors started circulating, we’ve seen an uptick in traffic to Long Island City and surrounding area listings. In the last two weeks, my team has sold a half a dozen homes. It is undeniable that this is due to the Amazon HQ2 announcement.” Prior to the announcement, DeCurtis confides the market was “stale with properties averaging 6 months on the market before selling.”

It’s clear when Amazon announced that Long Island City was the proverbial corporate headquarters lottery winner, there was a uptick in search traffic. “We saw some sellers take their units off the market for right now. Their thinking is they can get more when Amazon employees start moving here,” DeCurtis explains. “Keep in mind that the 12,500 Amazon employees will not arrive all at once but over time,” she cautions.

Check back in a few months when there’s new research on those Amazon HG2 neighborhoods.