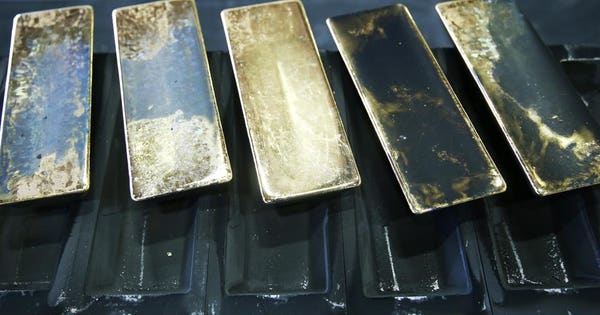 The trend is your friend is an investment adage that is usually associated with short term traders, employing technical analysis or other momentum strategies. It can also apply to thematic investors seeking to identify mega-trends that will last decades. These are trends so clearly in place, it is not a question of if, but when they will come to pass.

Determining if an investment fits within a mega-trend should be on every long-term investor’s checklist. An important qualitative component in the success equation, think of thematic investing as going with the flow of history. Conversely, positioning against a mega-trend makes profitable investing just that much harder. Ask newspaper owners who did not prepare for digitization!

There is a new book on thematic investing by Neils Jensen called, The End of Indexing. It identifies six structural mega-trends that, he argues, will create an unfriendly environment for index-tracking strategies. If you think holding an S&P 500 Index fund through thick and thin will produce attractive long-term results, you might feel otherwise after reading this well-researched, common-sense book.

The crux of the argument: six mega-trends have the potential to create a perfect storm resulting in low economic growth for decades to come. This in turn means an expensive stock market is poised to eventually become a cheap market. Investment strategies that have worked so well over the past 35 years or so will no longer deliver acceptable results.

Jensen identifies six mega-trends but mentions there are a host of structural sub-trends. He purposely omits disruption, admittedly a structural mega-trend, but one with difficult, if not impossible, ramifications to understand. For example, on the positive side, the music royalty industry has been disrupted by streaming, yet its growth rate has counter-intuitively nearly doubled in the process.

Four of the mega-trends are obvious once stated and easily understood, though often ignored by investors. Of these, Jensen believes the retirement of baby boomers is probably the most significant, as older consumers spend less than younger ones and they spend their money differently.

Studies suggests older investors also invest differently, significantly reducing exposure to stocks as they age. This trend is potentially chilling for the stock market. A 2011 paper by the San Francisco Fed demonstrates a powerful relationship between demographics and the price investors are willing to pay for stocks. As the age distribution gets older, P/E multiples decline. The author of the study projects P/E multiples will eventually fall to 9X, or early 1980 levels. This is half of what investors currently are willing to pay for stocks.

My simple math. If corporate profits increase by its historic average of 5%, and P/E multiples fall to early 1980 levels, earnings would double in 14 years, but the stock market will be no higher than its current level. There would be no appreciation. Dividend income would represent all the return. This highlights why owning low P/E stocks with safe and growing dividend streams could be one of the few winning strategies in the time ahead.

An important warning I never considered is that an ageing population could be inflationary. A recent study by the Bank for International Settlements (BIS) argues that old folks consume significantly more than they produce, a classic inflationary condition.

Two ideas to position for the retirement of baby boomers are CVS Health (NYSE:CVS), selling only slightly above 10X earnings and the PIMCO 15+ Year U S Treasury Inflation Protected Securities (NYSEARCA:LTPZ), an Exchange Traded Fund of Government bonds designed to keep up with inflation.

Another trend is the declining spending power of the middle classes. The decline in real wage growth started back in the 1970s and has coincided with increases in corporate profits. According to McKinsey, real incomes for 81% of Americans either stagnated or declined in the ten years ending 2014. For Italians, the number is 97%. I believe recent tax cuts only exacerbates the trend. Populism and the accompanying potential for trade wars are therefore not going away.

Investment implications? Tariffs will not destroy world trade completely, but shipping goods as cheaply as possible will become ever more important. This implies larger container ships and deeper ports to berth them. My view is Jensen would think AP Moeller – Maersk (OTCMKTS:AMKBY), the global ports and shipping company, is a good way to profit from the trend. This low-cost provider is family-controlled and enjoys an investment grade debt profile. Its stock is priced 20% below book value and significantly below replacement value. Then again, Jensen could be thinking of Boskalis, the Dutch dredging company and global leader that would prosper as governments improve port infrastructure to remain competitive.

The rise of the East is another theme. His main advice is to invest in countries and strategies that will benefit from China’s growth without being directly exposed to the Chinese financial system. Old world consumer brands that are in high demand in Asia is an example. My favorite Asian play is Jardine Matheson (OTCMKTS:JMHLY), a nearly 200-year old conglomerate with diversified exposure throughout Asia. The stock trades at book value and yields 3%.

Another theme Jensen cites is the death of fossil fuels. He argues that reliance on fossil fuels is a key reason advances in productivity have lagged. Elsewhere I have read that advances in energy-capture is a necessary pre-condition for meaningful growth. The most obvious example being coal’s relationship to the Industrial Revolution. In an otherwise gloomy assessment, Jensen believes a new energy form, fusion, which collide nuclear particles instead of separating them, holds the key to a much brighter future.

Jensen posits that, despite demand from the chemical industry for a very long time, oil will sell at a fraction of today’s price in a few decades. Nonetheless, before we bury fossil fuels once and for all, prices will probably be all over the place. They could even go much higher before they ultimately hibernate.

The final two mega-trends, the ‘end of the debt super-cycle’ and the ‘mean reversion of wealth-to-GDP,’ are less understood and are the crux of why indexing strategies are likely to disappoint.

The end of the debt super-cycle:

Debt can be both a blessing and a curse. The blessing part is clear to those who financed their home with a mortgage, and then saw the value of that home appreciate over time. In the wider economy, debt can also be a good thing. During the Reagan/Bush years, US Government debt in relation to GDP exploded, it more than doubled from a low base, and helped fuel economic growth.

There comes a time, however, when debt is a bad thing. In the housing sphere, too much debt can lead to negative equity and people losing their homes. In an economy, it can lead to a ‘liquidity trap’ where ever more debt is needed to just service existing debt.

When adding new debt no longer propels growth, an economy has reached the end of the debt super-cycle. Jensen convincingly argues we are currently near, or at, that point and explains why low interest rates and quantitative easing are now counterproductive.

Debt super-cycles have been with us for centuries and tend to last about 50 years. The current one began after WWII and is therefore about 70 years old. The end of the last debt super-cycle ended with the Great Depression. He refuses to predict what lies beyond this one, but he does offer some good advice.

Stay away from low quality investments. Avoid junk bonds, although he believes investment grade bonds could do surprisingly well. In the stock market, there are numerous zombie companies, so only own the financially strong ones.  Dividend paying companies are to be favored, so long as they are well-covered by earnings. He mentions investments in the alternative lender industry as being attractive and, in an Age of Extreme Uncertainty, recommends something he has never recommended in his 30-year career before: gold. I recently instituted a position in the SPDR Gold ETF (NYSEARCA:GLD) partly due to Jensen’s thesis and partly as an anti-crypto-currency store-of-value.

Think of wealth as capital and GDP as national income. For generations it took 3.8 dollars of wealth, on average, to produce a dollar of income. After rising inexorably for a generation, however, the wealth-to-GDP ratio is now 4.9X, versus that 3.8X cited above.

I have always heeded the axiom: that which cannot be sustained forever will end. In this instance, what is unsustainable is wealth growing faster than GDP. Mean reversion, a phenomenon where trends revert to long-term averages, of wealth-to-GDP implies we could see 3.8X again, or even a lower number in most likelihood. The effect would be a serious headwind for both the stock market and for real estate. My back-of-the-envelope: in the unlikely event mean-reversion happened immediately, prices of all assets, shares, real estate, bonds, and so forth, would see a 25% drop in price. Not a prediction, and certainly not a likely occurrence that reversion-to-the-mean would happen overnight, but a sobering thought nonetheless!

It has been said if you do not know where you are going, all roads will take you there (nowhere). In this case, the road to nowhere is to sheepishly herd around strategies that assume the specific conditions of the past will continue as before. Passive investing through Indexing is clinging to the past and sleeping through the evidence in front of us. There is still time to wake-up, however, and see the world through new lenses, the prism of these six mega-trends.